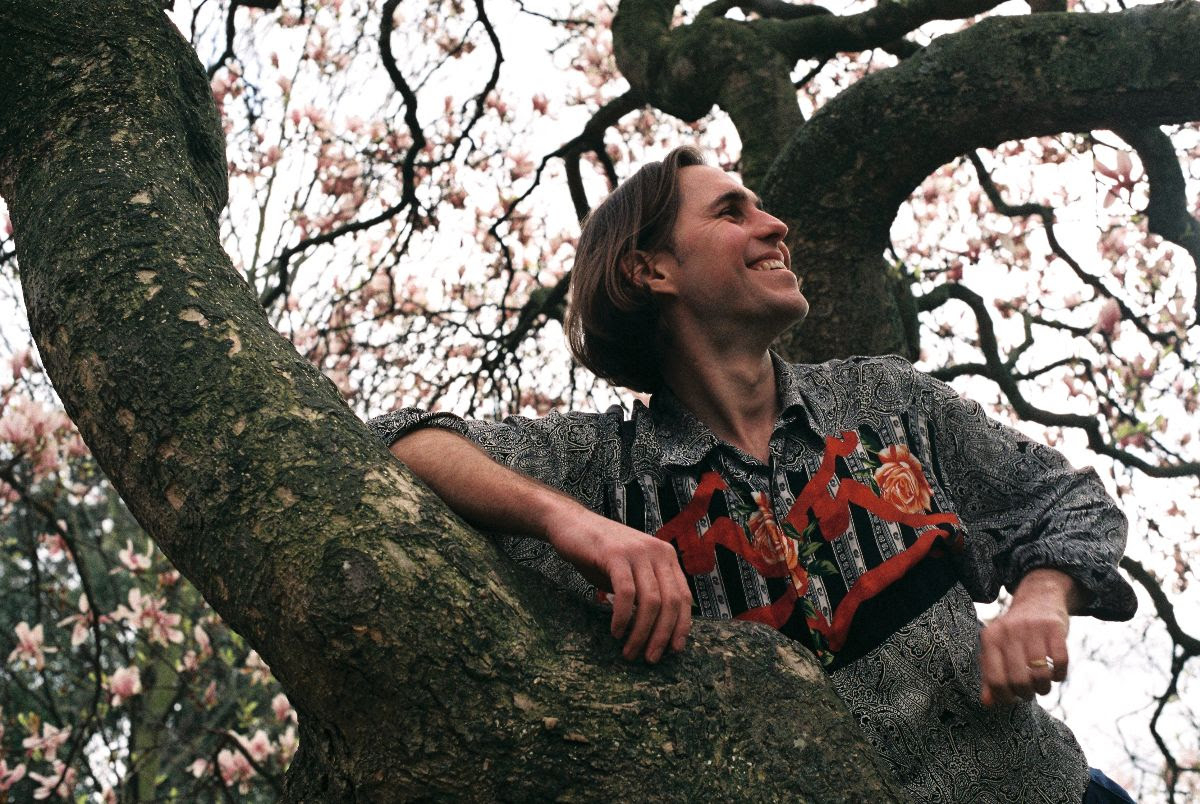 MF Tomlinson has released the video for his brand new single ‘Nietzsche’s Day Off’, an absurd story about the importance of letting your hair down every once in a while, no matter how worrying the daily news maybe.

The video brings the song’s narrative to life as it follows the influential 19th-century philosopher Friedrich Nietzsche as he decides to take the day off being serious. As other famously serious people from throughout history—Vincent van Gogh, Joan of Arc, Franz Kafka—get wind of this, they race to join him. Together, they drink magic mushroom tea, sink some ice-cold beers, and have a truly cosmic time.

Regarding the video, MF Tomlinson says, “We wanted to have as much fun as possible whilst exploring all the references in the lyrics, infusing it with a dada-ist sensibility and an unnerving, surreal ’60s aesthetic. Definitely more on the fun side y’ know, it’s a very psychedelic song. Ami [Koda] plays some kind of Pied Piper and leads us all astray. We’re cramming in all the supernatural madness that these highbrow intellects and tortured souls deserve.”

“Director Freddie Leyden took on the ambitious task of bringing all these characters to life and pulled it off with flying colors. He’s responsible for whipping us into this frenzy – a total force a nature! The biggest thanks has to go to all my amazing bandmates and friends who took part in the shoot -I’m continuously blown away by how talented and incredible all my pals are.”

‘Nietzsche’s Day Off’ has been released to great support from BBC 6 Music, with Tom Robinson a big fan at the station. He describes the song as, “whimsical bass-driven funk from Hackney.”

The new single is the latest from the left-field songwriter, who emerged this year with his debut single ‘Nature Boy’ and the following ‘Sum Of Nothing’. They received great support from BBC Introducing and Radio X, with both songs going straight onto John Kennedy’s ‘X-Posture’ playlist.
MF Tomlinson has also received critical support from the likes of Clash Magazine, Fred Perry Subculture, Beat Magazine, Happy Magazine and more.

MF Tomlinson’s songs are the down-but-not-out chronicles of ordinary life, widescreen portraits of his relationships and neighbourhood painted with a cast of talented collaborators. He’s on a musical mission to turn up the transcendental in his everyday experiences.

He will be celebrating the release of ‘Nietzsche’s Day Off’ with a headline show this Wednesday (Nov 27th) at London’s Moth Club. Tickets are available via Dice.