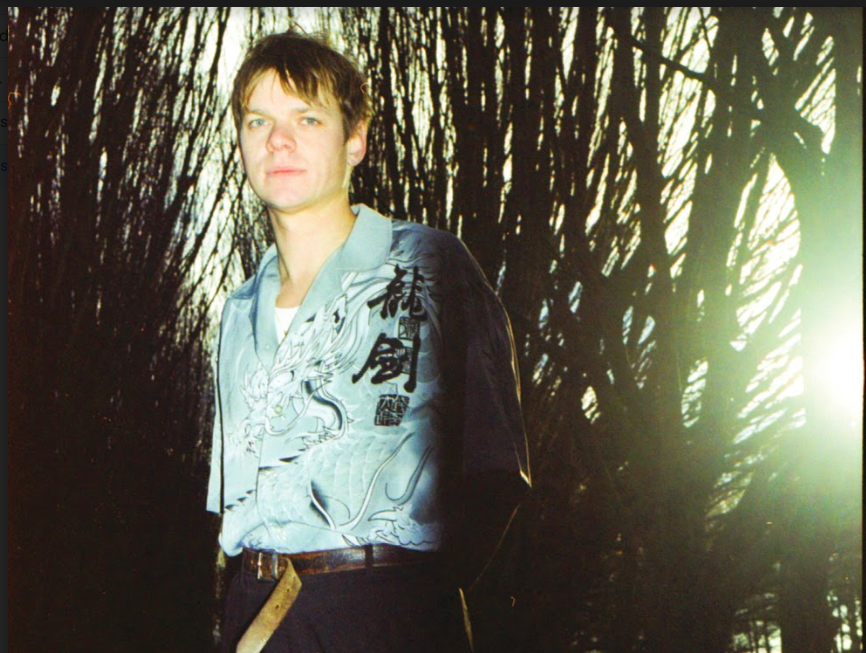 Based in Copenhagen, School of X has forged his own collection with a similar ethos. He has a studio in the district of Nørrebro with a friend and fellow producer Vera and runs in the same circles as Yangze, Vasco, and Liss. It’s a supportive atmosphere rich with collaboration, and after years of touring the world as a live drummer, the multi-talented artist is striking out with that spirit in mind.

Though a solo EP by name, Destiny remains a collaborative effort by nature. School of X’s musician brothers Jakob and Simon Littauer both contributed to the record as a whole, and Copenhagen-based guitarist Rune Risager lends a yearning guitar solo to the lovestruck waltz ‘Heaven’. Elsewhere, Ana Perrote appears as the sole voice on closing track ‘Mi Sueño Favorito‘.

I think it has to be Bob Marley and the Wailers. The album called Kaya. I clearly remember that record is the first music I felt I discovered myself and therefore I had it to myself. I found it in my going playing around with my mom’s vinyl. I put this on because of how cool he (Bob) looked on the cover and I immediately connected with the liberated spirit I heard.

If you could paint a picture of your unique sound, what would it look like?

Pretty much like the album cover of “Destiny”. Check it out!

What are some of your key musical influences?

I have to say that my main influences probably comes from other things like poetry, travelling, people and in general trying to live my best life. I think rock and blues in my early childhood have had a huge impact such as Rolling Stones, BB King but then again Bob Marley was a huge eyeopener to me. In my teens, I was into punk, garage and shoegaze bands such as Slow Dive, My Bloody Valentine and more modern stuff like The Strokes. All that mixed with 10 years of listening to hip hop and being a drummer probably sums it up pretty well 🙂

What’s on your current playlist?

I love Clairo’s new album. As well as I just recently took my time to get into 070 Shake (mastermind!!!) but then I also really love Trentemøller’s new album Obverse. Many good things coming out of Denmark also at the moment.

I usually do everything myself from songwriting, composition and into production and playing instruments. I’ve started to work more and more with my friends which I enjoy a lot. So on this album, my girlfriend (Soleima), my brothers (Simon Littauer og Yangze) and also friends like Ana Perrote and Rune Risager have participated. These great people mostly come in at the very end of the process, usually, I compose a sketch and then I start writing. Sometimes the other way around. The most important thing for me is to have no pressure from myself and to feel free in the circumstances.

What gets your creative juices flowing?

A bad fight, a long night out or when nothing happens at all. It’s very different and I try always not to think about it. But I guess mostly restlessness, boredom and really great people.

As an artist, it becomes apparent that there is a huge difference between the art and the business. Is there anything about the music scene that you would personally change?

In my opinion, two things are more and more connected. Most artists need to actually be the character of their artist ALL THE TIME. Social media is a constant pressure and all major business players in the industry know that so everyone is using it, not only as good as they can but also as much as they can. I think that’d be something I’d change. People are getting so sick of that whole thing.

Tell us about the chemistry you have with your fans on stage.

I love playing shows. I think my fans are listening so carefully when we play. They love all the tempers that the music have. I like that. And I love everyone who comes to my shows. That’s most of the reason why I’m there.

Last week one of my old best friends called me andhe said: “your release show was the best show I’ve ever seen in my life”I said: “Thank you but you don’t mean that”He said: “No Rasmus I’m dead serious. It was the best show I’ve EVER SEEN”.What would you like to achieve with your music? What does success look like to you?To make music as I do now and to be able to reach people with the music around the globe, no matter where you’re from, who you are, what you believe and or how you were born. I suppose to reflect the world and give life some kind of perspective that’s relatable. I think to be able to spend my life trying to make sense of it all would be a privileged life.

Breakdown the news for us: what can we expect from you in the near future?

My EP I just released was only the beginning. After New Years I will be playing a lot of shows, also in the UK and I will release much more music.

Love yourself and after that love everyone else.