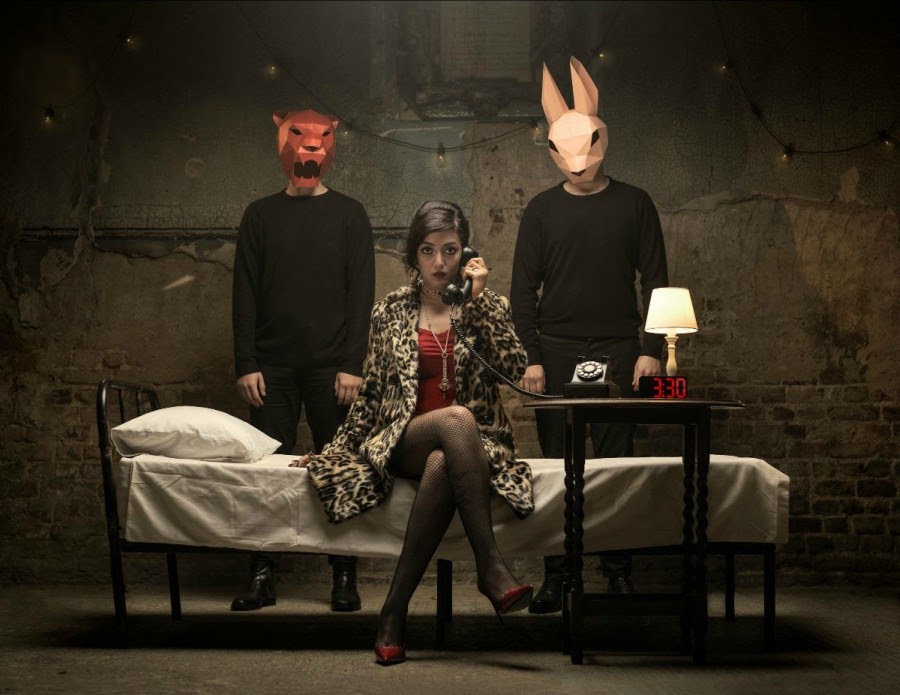 The fiercely glamorous artist Lux Lyall has shared her mesmerising fourth single ‘Mad With The Moon’. The brand new track premiered with Clash Magazine who called it “soulful”, “poetic” and “vivacious” and will feature on her debut album VAMP, which is set for release on April 24th.

A complex and swirling storm of delicate guitars, tasteful piano, stunning orchestral tones and sultry vocals, ‘Mad With The Moon’ effortlessly demonstrates Lux’s individuality and the strength of her grasp on it. Themes of heartache and acceptance are enveloped in a vast cinematic landscape, surrounding Lux as she delicately uproots her emotions and shines a bright light on the importance of self-love and growth.

“I started writing ‘Mad With the Moon’ after coming out of a terrible relationship”, explains Lux. “It began as a heartbreaky ballad but over time it’s shifted from being about a break-up to being my way of refusing to apologise for my determination.”

“It became progressively faster and angrier and ended up as a ‘fuck you’ song. If anyone I’m dating can’t keep up with me that’s on them.”

With each release, Lux has also shared the poems ‘Among the Water, Among the Weeds’, ‘Milk Thistles’ and ‘A Stitch’. This release is no different, sharing the evocative ‘Love Letters’ alongside the brand new single. All of the featured poems have been composed by Lux and are taken from her self-published works St Valentine.

‘Mad With The Moon’ is the fourth instalment from the up and coming starlet, revealing more of the glamour and elegance confined within her debut record VAMP. Produced by Drew Richards, VAMP boasts an evocative style that is sweet with a hint of menace, drawing elements of old Hollywood noir charm and alt-pop that is driven by life’s experiences, fierce femmes and her mind’s fantasies.

“VAMP is a document of my (relatively unstable) personal journey so far. Music anchors me. It’s how I try to keep a grip on things and make sense of myself, ” reveals Lux.

Overflowing with emotion and shrouded by dark and decadent theatrical tones, VAMP takes everything that you’ve come to know about Lux and magnifies the intensity. With guitar-drenched opuses like the raucous ‘Ritual’, dreamy ballads like ‘Waiting Room’, hypnotic tracks like ‘Baby Is A Vamp’ and everything in between, she sets herself apart from the rest of the pack with her truly unique aesthetic.

She emerged in 2019 with the stunning debut ‘Teeth’, which is about personal and emotional survival linked to mental health issues. It was followed by second single ‘Switchblade Baby’, born from the idea of a “patron saint of broken women”, and most recently ‘Gun Metal Horses’, a song about longing for the past whilst fearing for the future. All four of her singles are featured on the album.

Armed with a collection of theatrical songs steeped in sumptuous strings with roots in Camden’s gritty rock haunts, Lux Lyall is set to have an incredible year. With more music, striking visuals and live shows to come, this is just the beginning.

1. Mad With The Moon

Lux Lyall appeared in a feature on Dave Rave