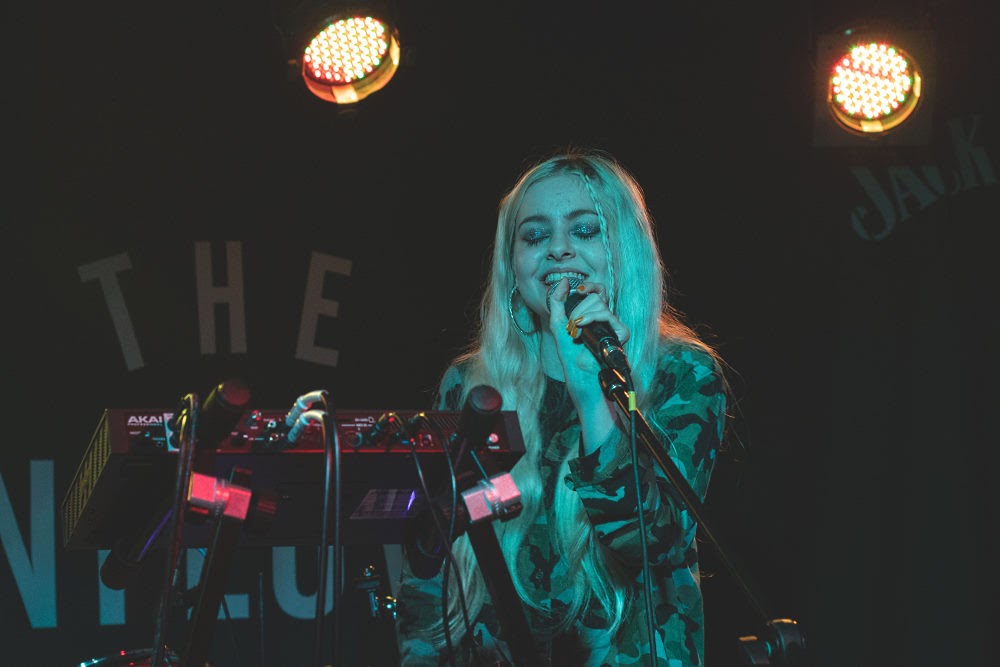 Derby-based singer-songwriter Emzae is building a loyal following for her unique brand of self-produced electronic pop which has received praise from the likes of BBC Introducing and Transgressive’s Toby L.

Her captivating and emotive live set has landed her slots at a number of festivals including Dot to Dot and Beat the Streets, along with tour stops in Manchester, Birmingham and Sheffield.

See our exclusive interview with her below

Spice Girls – “SPICE” (and it was on a cassette – we were always behind technology in our house. I also bought it a couple of years after it came out, haha. Well, technically, my mum bought it I think.)

Keep making it and keep learning. Don’t make songs just because they might fit on a playlist or get chosen for major radio play. Don’t worry about other artists moving ahead of you and try not to doubt yourself. If you persevere and keep going through the hard times, eventually you will get to where you are meant to be. Although, all of that is much easier said than done.

Someone described my music the other month as ‘wonky pop’, which I really enjoyed. If you could create your own radio show, what kind of music would you feature and why? Probably songs from the albums I mentioned earlier, loads of guilty pleasure wedding reception type tracks, loads of stuff from the 90s and loads of Timbaland, Danja and Pharrell productions.

‘Waste our time’ is a track I started writing back in 2017. It’s a fun, short RnB-infused pop track that takes a few twists and turns along the way. It’s basically about reaching a point of maturity where you realise that it is actually ok to be on your own rather than chasing the ultimate goal of being in a fairytale long-term relationship that will somehow complete your life, expanding on the subject matter of a track I released last year called ‘Another Lesson Learnt’. It’s basically saying, if your heart’s not truly in something, there’s no point wasting your time taking it any further and you should just be honest. A lot of the songs on the album I’m writing are about growing up and learning things (often the hard way), questioning things and coming to various conflicting realisations.