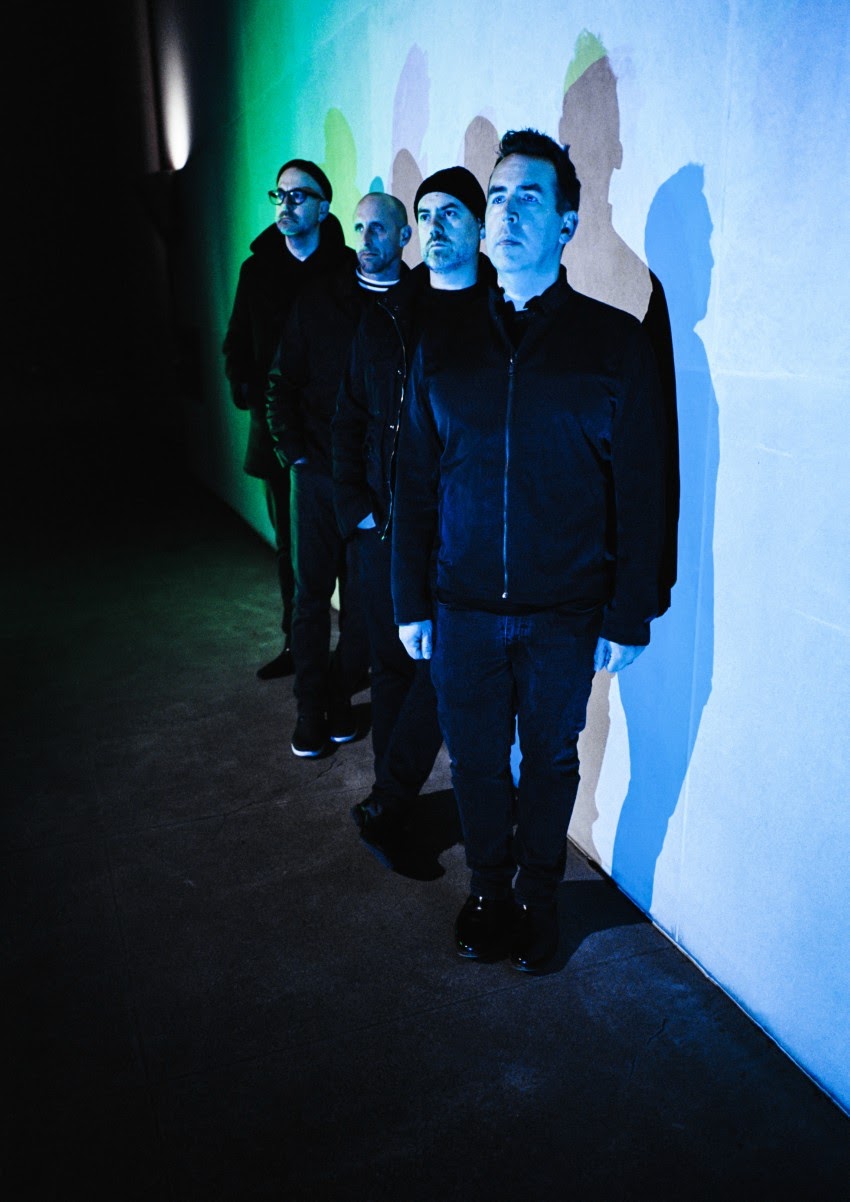 Synth-pop band Jupe Jupe is made up of My Young on vocals and synths, Bryan Manzo and Patrick Partington on guitars, and Jarrod Arbini on drums and percussion.

Jupe Jupe has received regular airplay on 90.3 KEXP as well as over a hundred college radio stations across the US and Canada. ‘Crooked Kisses’ and ‘Reduction in Drag’ charted in the CMJ top 200 and the track ‘Pieces of You’ was selected for the CMJ March 2014 Mix Tape.

What are four words you would use to describe your music?
dark, danceable, hooky, escapist

How does a song come together for you? What is the songwriting process?
When we’re planning an album, we usually start by sharing beats or cool musical hooks that we’ve come up with individually, and discussing how we want the songs to sound as a whole. We might also jam on a few of these ideas together in our practice space (though we use the “jam” term very loosely), then record the best bits just to spark up some skeletal ideas. After that, Bryan (Bryan Manzo–guitar and sax) and My (My Young—singer, synths) will come up with vocal melodies and develop the song structures. This is a reversal of how many bands write, in that our songs are built around the vocal melodies—not the other way round. After My and Bryan have the songs and melodies figured out, we record demos of each tune. The lyrics come last—we write the words as a group by getting together and discussing what each song should be about and the mood we want to capture. It takes a while but we think we end up with much better songs that way.

What was the first album/CD you ever bought?
Patrick—“Boston” by Boston
Jarrod—“Private Eyes” by Hall and Oates
My—“Rio” by Duran Duran
Bryan—“New Edition” by New Edition (it was actually a cassette)

What album do you know every word to?
Patrick—“Quadrophenia” by The Who
Jarrod—“Hysteria” by Def Leppard
My—“In Dreams” by Roy Orbison
Bryan—“Rocky Horror Picture Show” soundtrack

Share some advice for other bands/artists creating original music?
Figure out your sound, and continue to evolve it! Don’t worry about what’s popular or the next trend. Hopefully, you can break through the clutter by sticking to your convictions and continuing to improve as a band. Also, it helps to share band duties—rather than one person doing all the writing, promo, booking, etc. It makes it much more fun and keeps everyone invested. And when you play live, be sure to promote the hell out of every show and make sure the other bands on the bill do too!

What is the most memorable response you have had to your music?
We’ve been lucky to receive terrific feedback as far as reviews, and our last few albums have done well in the NACC (North American College and Community Radio) chart, which is super encouraging given that we’ve self-released our music. But what’s most memorable to us is when audiences react enthusiastically to our shows—dancing, crowding right up to the stage, and cutting loose. We have folks yelling “JUPE JUUUUUUUUPE!!!” in between songs, and that always cracks us up. We’ve nicknamed them “The Jupes,” as in, “Do you think The Jupes will be at the show?”

If you could create your own radio show, what kind of music would you feature and why?
It would probably be a combination of older stuff that we like—60’s pop, glam, new wave, synthpop, post-punk—plus music by new bands that we’re into or have stumbled upon. It’s always great to be blown away by cool groups that might be under the radar!

Tell us about your upcoming releases?
We’ve been describing the five songs on our new EP, “Nightfall,” as a “noir cocktail.” Our goal was to come up with several extremely hooky tracks that come off as both upbeat and melancholy. We spent over a year developing and writing the songs—and also incorporated Bryan’s saxophone, which we hadn’t used before, to help give the EP a nighttime vibe. We then recorded the tunes with producer Matt Bayles at Studio Litho in Seattle. He did a fantastic job recording and mixing the EP. He used to be in Minus the Bear, and he’s produced albums by bands like Botch, Mastodon, Murder City Devils, He Whose Ox Is Gored, and tons more. He also produced and engineered our previous album “Lonely Creatures.” Mastering was done by Ed Brooks at Resonant Mastering. He’s worked on all of our albums (and those of hundreds of other bands)—he’s amazing!