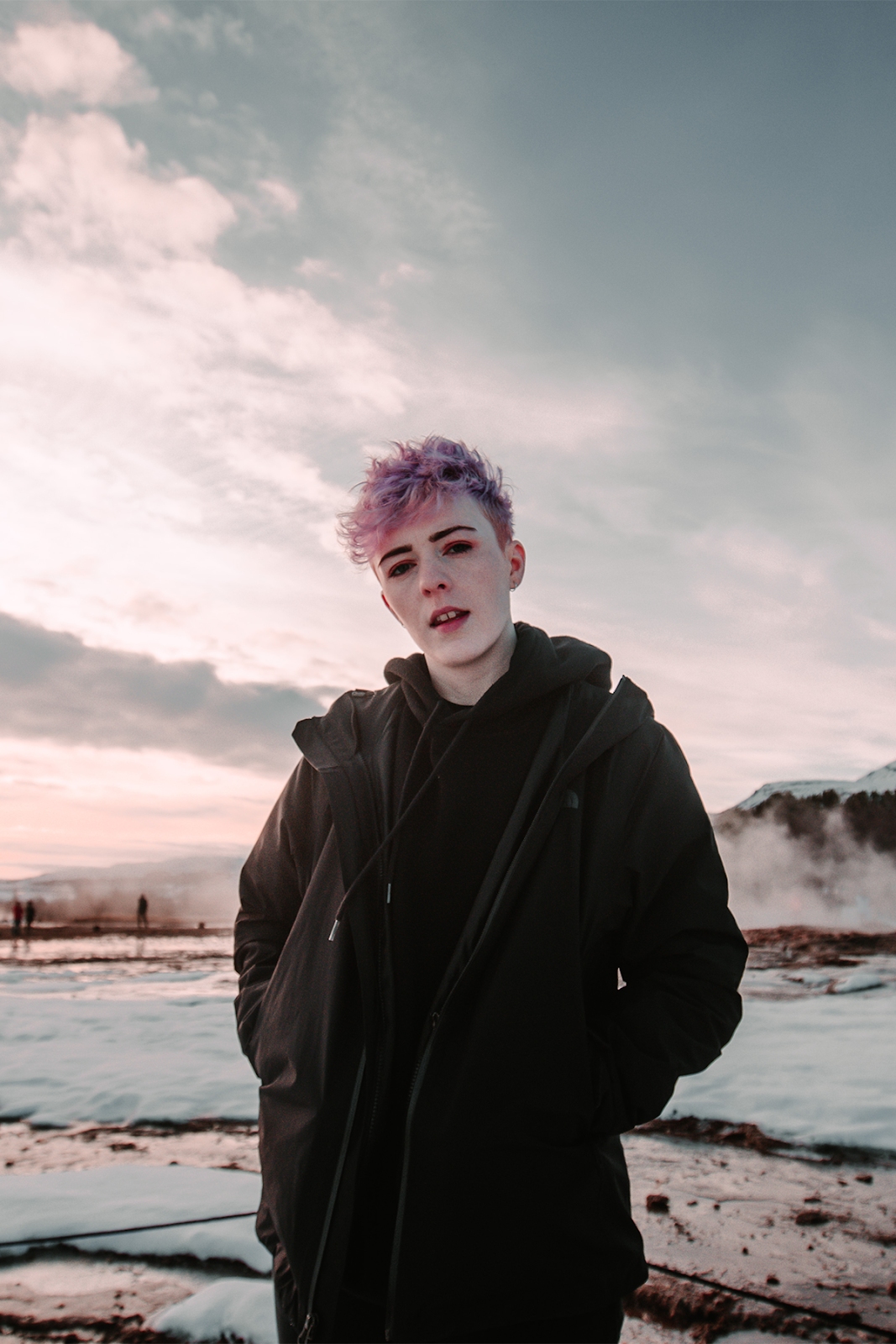 20-year-old music producer ROE is a multi-instrumentalist from Derry (Ireland). Laying down her unique brand of self-styled “Grumpy Electro-Pop”, she has been blazing a trail for young female indie artists across Ireland, UK, Europe and beyond.

Her latest single ‘Down Days’ was released on February 1st, and featured on a number of prominent streaming playlists including “New Music Friday UK” and “New Pop Revolution” on Spotify, racking up 20,000 streams in its first week of release.

What are four words you would use to describe your music?
Sad fuzzy indie bops

How does a song come together for you? What is the songwriting process?
I don’t have a set way of beginning a song. Sometimes it’s the topic/lyric that comes first, sometimes the melody and sometimes I come up with a chord progression that I really dig before anything else. Some days writing comes naturally whereas other days I have to really stick at it for a song to come together. I think it just depends on where my mind is on that day.

What was the first album/CD you ever bought?
“A Different Kind of Fix” – Bombay Bicycle Club. I remember going into a second hand CD shop and just picking up a load of different albums when I was about 13, but I think this was the first one I bought. Buzzing that they reformed last year.

What album do you know every word to?
“Phase” – Jack Garratt. This album was a massive inspiration to me when I was starting out my career. His live show is another. I just remember listening to this for the first time and being completely blown away and I’ve been a massive fan ever since.

Share some advice for other bands/artists creating original music?
Writing is such an amazing way of telling stories and being honest without having to explain yourself. Just be true to yourself and don’t get too fixated with creating songs that you think that people will like, instead create the art that you want to and your audience will find you through it.

What is the most memorable response you have had to your music?
Because a lot of my songs are about personal experiences, I’ve had quite a few interactions with people that have almost brought me to tears. I remember I was doing a festival in 2017, I played Repeat the Question, a song written for my Grandma, and at the end of my set a woman came up to me crying and shared a similar story to the one I told on stage. By the end of it we were both in bits.

If you could create your own radio show, what kind of music would you feature and why?
I would play completely Irish music on my show. I think that sometimes a lot of the incredible art created here goes under the radar because we live in such a small place. But the fact is that Ireland is home to some of my all-time favourite musicians and I would just love to shine a spotlight on them.

Tell us about your upcoming releases?
I’m just after releasing my first single of 2020, ‘Look who’s on TV.’ and I have big plans to release a lot more in the coming months. It’s all a bit hush for now.