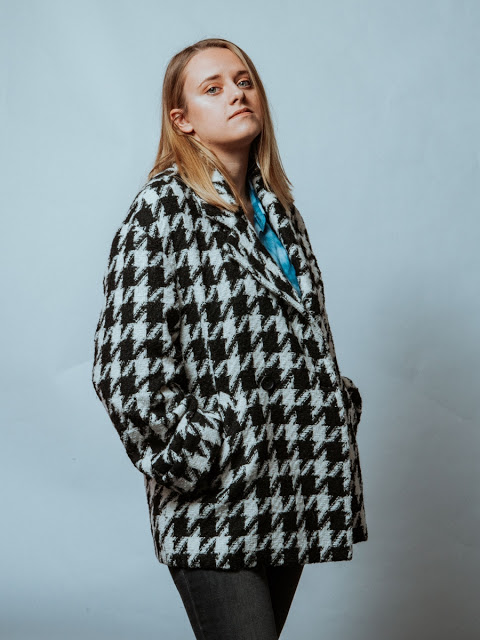 Pop-soul songstress Becky Bowe has released our new break-up anthem ‘Don’t Darken My Door’ via Two Bridge Recordings, ahead of her EP release in Summer 2020. She has had success in getting her name out there as the backing vocalist for BBC’s shows BBC Introducing York and The Choir for BBC Two. Some may recognize her as BBC’s Pitch Battle winner in 2017, and her single ‘That’s How Love Works’ reaching number 9 on the UK iTunes singer-songwriter charts. She has been featured on influential Youtube channels  Sofar Sounds and Ont’ Sofa, soon after the features her streaming count reached close to thirty thousand plays.

Becky was raised in the small town of Knaresborough. She was in awe of her pianist grandmother’s talent. At the age of 9, Becky enrolled in piano lessons, before committing her musical training to singing at the age of 12. At the age of 14 Becky would perform and live in the Harrogate area. At the age of now 23, the songstress has performed alongside acclaimed musicians like Will Young and Kelis. She has also been featured on several television programs. Currently, Becky is working on her upcoming EP.

The singer elaborates on the single off of the EP “’Don’t Darken My Door’ is influenced by a specific weekend where two family members went through a break up at the same time and they both were influenced in different ways. One family member was bombarded with text messages and just said back “don’t darken my door” and I just thought ‘WHAT A GREAT LYRIC!’ I based the song around their breakups and created this song. The song is a vibe, it’s not supposed to be your usual break up song it has the level of ‘I don’t want you in my life anymore’ but in a more relaxed way and not throwing it in the audience’s face. It’s a non-aggressive breakup song for any person.”