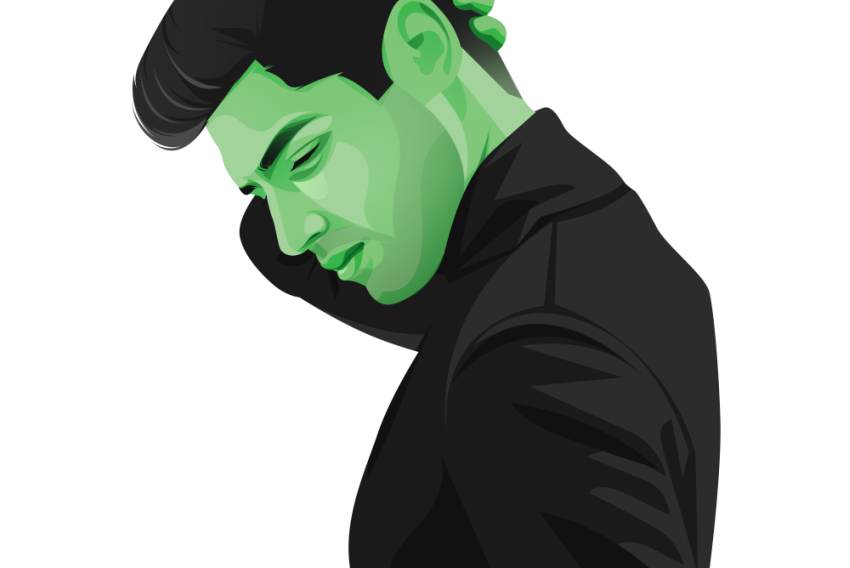 London-based singer Chris D’Lima has been scarred by the music industry and taking some time away when he started writing again, the lyrics were darker and the sounds became heavier. Perhaps a reflection on the hardships of life, perhaps a change in his personal taste. Either way, he is in love with the music I’m making now, especially since I don’t have to answer to anyone else and can be completely creatively free.

His music has always been rooted in pop, focussing on catchy melodies. But playing around with trap-style beats and heavy bass riffs has created something he likes to think is quite unique.

What are four words you would use to describe your music?
atmospheric, dark, melodic, complex

How does a song come together for you? What is the songwriting process?
It’s different every time. I don’t have a particular process. I’ll be inspired by a particular lyric or sound and the song just grows from there.

What was the first album/CD you ever bought?
Afroman – Because I got high

What album do you know every word to?
It’s been a while since I listened to it, but probably By The Way by Red Hot Chili Peppers

Share some advice for other bands/artists creating original music?
I’m always looking for good advice myself, but probably the best advice I can give is to make sure you like what you do. Whenever I’m not in the right mood to write or create, I step away and give myself some time.

What is the most memorable response you have had to your music?
Once I played an open mic gig to a packed out room. You were only allowed 1 song and if it wasn’t good you weren’t allowed to come back. The pressure as high. Once I finished playing the song, the crowd carried on singing the chorus and dancing for several minutes after I had stopped. It was a surreal and amazing experience.

If you could create your own radio show, what kind of music would you feature and why?
Probably a show of my favourite album tracks. I often find the most creative songs don’t get released as singles and therefore most people don’t every get to hear them.

Tell us about your upcoming releases?
‘Tired’ was released on 20th March and has received some great feedback from fans and blogs. I’ve got another few songs waiting to be released later in the year which I’m really excited about. I’m keen to push the boundaries of pop music and experiment with new sounds and techniques