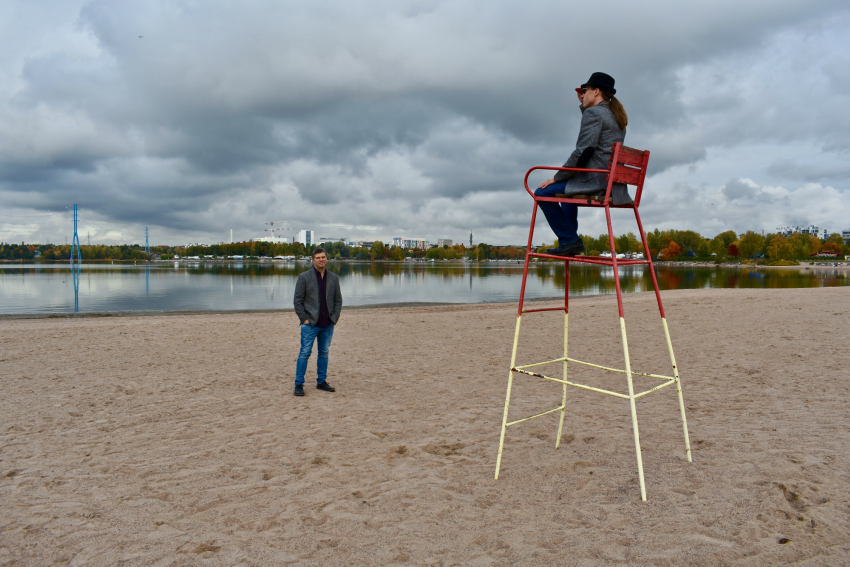 Having previously been signed to Sony/BMG with Carmen Gray, one of Finland’s finest rock bands, Tom Tikka has formed The Impersonators, a two-man project born out of their ashes and designed to cut out the politics and strife which come from the rock & roll carnival of band life. Resolutely studio-based, The Impersonators channel the bejewelled power-pop of The Go-Betweens and the immediacy/worldliness of early R.E.M. to deliver timeless alt-pop melodies.

Comprising Tom Tikka and lyricist Antti Autio, The Impersonators are just that: a duo which masquerades as a full band and does everything it can to defy convention – whether that being their insistence on avoiding touring or their songs, which home in on the warts-and-all gnarliness of love and real life. In fact, if one were to find a common theme that runs through the group’s entire catalogue, it would probably be how life very seldom resembles or turns out like Disney fantasies.

Despite their poignant lyrics, The Impersonators are still a joyous and sweet proposition, with their vocal harmonies and chiming chords harking back to such 60s pop majesties as The Beatles, The Byrds and The Beach Boys. Together with their secret weapon, producer Janne Saksa, The Impersonators craft their lyrics and melodies into retro-flavoured “alternative pop/rock”. While adding a modern twist to the final soundscape, their goal is to nurture and cultivate the creativity, spirit, and warmth that graced the pop records of yesteryears.