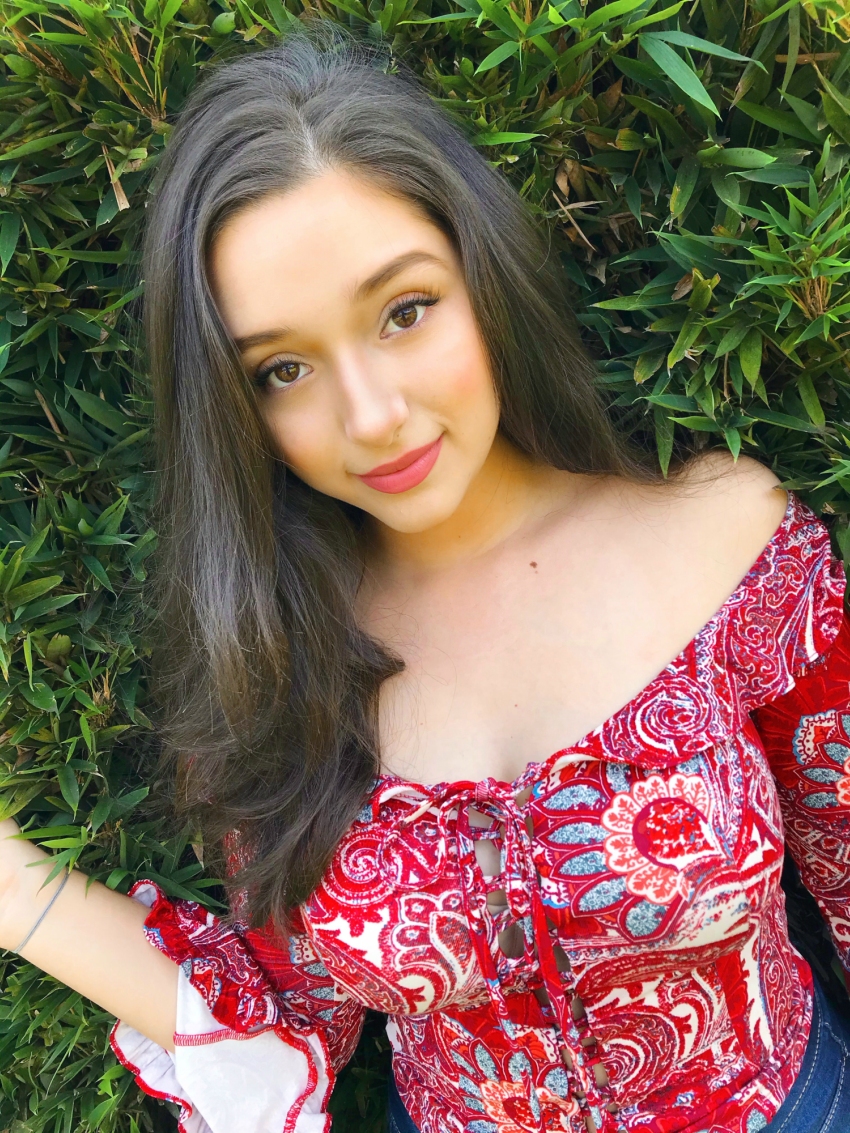 Pop singer/songwriter, producer and dancer Ria Carval performed in multiple stages, won several singing competitions and has opened for important festivals in her home country. At 19 years old she has released two singles, 2 collabs and an EP of 5 songs, all written and produced by herself.

She has also been nominated as best artist/performer at her college. Ria believes feelings are very underrated and her mission with her music is to help people feel to heal. Ria wants to show her fans all the emotions one lives in their life going through the process of growth and acceptance.

See our exclusive interview with her below:

What are four words you would use to describe your music?
(Pop) Storytelling, Feel provoking, Catchy and Enjoyable

How does a song come together for you? What is the songwriting process?
I normally write it on the piano first as a form of therapy when I’m going through something. I start writing it as a diary and then I add melody and chords and modify it until I think I’ve conveyed what I want on it. After the song is done I start producing it to bring it to life. Sometimes though, like in “Reflections” and a collab I did last year called “Our Song”, a producer gives me their beat and I write the song on top of it. It is still just as personal because I take the beat when it brings up something in my life that I need to write about. I can get inspired by it on a personal level and that makes it just as special.

What was the first album/CD you ever bought?
A-One Direction one lol, don’t remember which

What album do you know every word to?
Camila Cabello’s Romance album

Share some advice for other bands/artists creating original music?
Make sure you always have your own perspective on what you write. It is cool to write about things that maybe you aren’t living in the moment but if you have your own story and believes about it fans can tell and it is easier for them to relate to.

What is the most memorable response you have had to your music?
“Can I just say I love what you do? You say just the right things and I want to grow with you. I feel happy when you achieve things and I know you probably won’t reply to this message but u are soo amazing” – IG DM (I did reply lol, I was soo touched)

If you could create your own radio show, what kind of music would you feature and why?
I would probably not care about the genre or where it comes from because I love to mix things up and built a story from it. I would feature songs that can tell a story and join them to make a little storyline so people have something to catch up on and they don’t want to miss it.

Tell us about your upcoming releases?
I am currently working on my next album which will introduce a darker side of my music that you haven’t heard before. I like to portray the process of life and growing to accept and love yourself in my music. My last release was an era of innocence and happiness when love was something new and wonderful. ‘Reflections’ is the first glance to this new era where the person realizes love can hurt and not everything is pretty. My next album will talk about the ignorance of society and some of the sins we have to fight against daily. ‘Reflections’ will also have a dance video coming out soon but the main single of my next album will have an official music video which I’m very excited about.