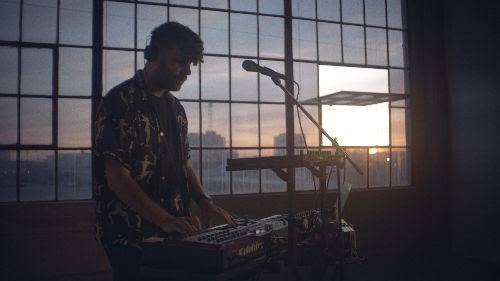 Australian producer and DJ Mild Minds have unveiled the official video for his latest single ‘DOPAMINE’, was out Tuesday, May 19th.
A synthetic orchestral track that masterfully melds digital and organic elements, ‘DOPAMINE’ was the focus single when Mild Minds dropped his debut album MOOD earlier this year. Shot in Downtown LA, the video sees him effortlessly performing ‘DOPAMINE’ live, with an idyllic sunrise for a background. It follows previous singles ‘SWIM’, ‘EMBRACER’ and ‘WALLS’.

“This is my personal favourite from MOOD,” Mild Minds explains. “I wanted to create a track that felt alive, that breathes and moves. A representative of a physiological reaction, a rush of adrenaline and the warping of time as it kicks in.”

Video director Michael Lincoln adds: “We took a super stripped back approach to film the performance for ‘DOPAMINE’ – we wanted to make room for the camera to connect with Ben doing his thing as the sunset drips through from the skyline.”