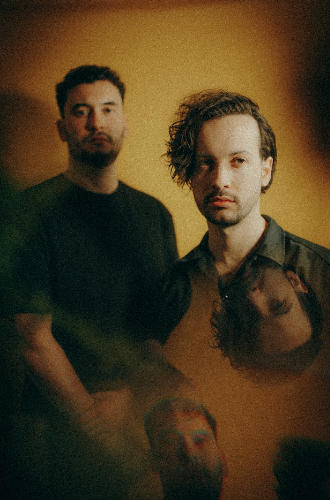 Quick off the back of their latest successful single release ‘Mantra’, Yard Arms are back again with their third, gloriously melancholic EP Sanctuary Lines, due for release June 26th; by far the Bristol-based melancholic pop duo’s most polished and defined group of tracks since they formed in 2018, bursting with alt-indie hits set to soundtrack your summer.

Ahead of the EP release, the second single ‘These Four Walls’, the isolation anthem they never knew they had written, is released on June 5th.

What began as a solo coastal writing trip in 2019 for lyricist and frontman Villeneuve, has now transformed into a fist pumping indie instant classic that perfectly narrates the lockdown life we’ve been living in since March. Initially the song was an avidly honest commentary of longing for the ‘honeymoon periods’ in life and dealing with our internal voices that keep us thinking the grass is always greener. The timely lyrical themes began to take on a whole new meaning as the world around us began to shut its doors due to the coronavirus.