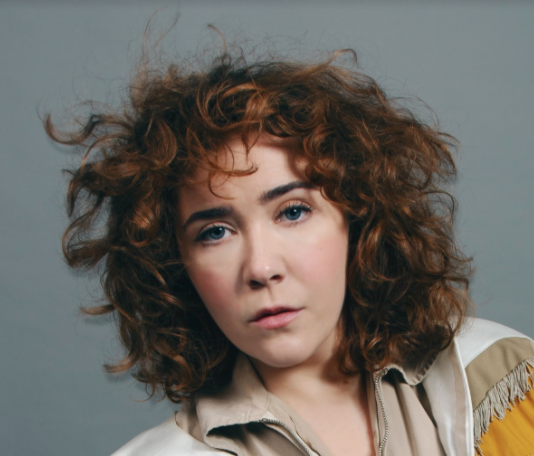 The album release follows the singles ‘Who’s Gonna Love You’ and ‘If I Call’, and has been met with critical acclaim in Norway; 6/6 from NRK (Norway’s BBC equivalent) and 6/6 from Aftenposten (Norway’s biggest daily newspaper).

From its multi-layered title, to the confident, intensely-rhythmic productions within, Let Her Breathe is undoubtedly Nicolas’ boldest artistic statement yet. Created throughout 2019 and early 2020, the 11-track collection was recorded above a nightclub in Oslo, and co-produced by Nicolas, alongside her cousin Thomas Kongshavn, Aksel Carlson and Ole Torjus Hofvind.

From the outset, her goal was to delve deeper into dance rhythms, and she cites the work of Nigerian Afro-fusion artist Burna Boy, and Robyn as hugely inspirational in this respect. You can hear this shift in the Latin-inflected lead single ‘Who’s Gonna Love You’, in the frenetic tapestry of textures that closes out “No Humans”, and in the cascading guitar arpeggios and electronic glitches of ‘Teddy Bear’, all of which remain as beautifully melancholic as anything Nicolas has produced previously.

“I think it’s an album that shows some new sides of me,” Emilie went on to say. “I hope it makes you want to dance, and at the same time provides moments of calm, warmth and reflection.”

Previously awarded two Norwegian Grammy’s for “Pop Artist Of The Year” and “Album Of The Year”, Emilie toured her second album, Tranquille Emile, extensively in 2019, culminating in two sold-out nights at the 1400-capacity Oslo Opera House in October ’19.

No longer simply a purveyor of “cool pop”, Emilie is intent on bringing her fans even deeper into her world. Writing from a more honest and reflective place than ever before – her appetite for musical creativity is indisputably at its peak.