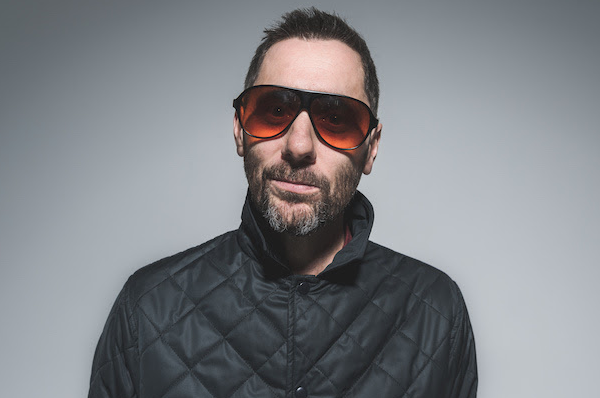 New Zealand artist Andrew Spraggon, crafting under the moniker Sola Rosa, returns with the fresh new single, ‘Searching For Love’ feat. Kiko Bun, the inaugural release since his Way Up Recordings label partnered with Kartel Music Group, and the first offering from the forthcoming album, ‘Chasing The Sun’.

A celebration of finding ‘the one’, ‘Searching for Love’ captures the timeless groove that Sola Rosa is renowned for, with the soulful addition of vocals and lyrics from rising British soul and reggae star, Kiko Bun.

Written and recorded in Sola Rosa’s home studio with regular collaborators Peter Leupolu, Dixon Nacey and Matt Short, Spraggon reached out to Bun after witnessing his inspired vocal performance with UK DJ and production duo, The Nextmen. A few email conversations and a return trip to the UK later, the duo meet at Tileyard Studios in London to finalise the lyrics and vocals.

Says Bun; “The song came together quite quickly when I sat down in the studio, I heard the first stages of the beat and thought ‘yep, that one’ and it kind of wrote itself. I always try to write from my life experiences, so this wasn’t too difficult. Straight from the heart”.

Back in New Zealand, Spraggon increased the organic feel of the single with live instrumentation from top New Zealand drummer Julien Dyne and guitarist Jeremy Toy. The final addition of strings from Mahuia Bridgeman-Cooper and the Black Quartet completes the track.

Spraggon states: “I’m very excited to finally be releasing ‘Searching For Love’ featuring Kiko Bun, as the first single of many in the lead up to the new album, ‘Chasing The Sun’. The album has been five years in the making and I really put my all into this one. There have been multiple trips around the world and collaborations with some incredible musicians and artists. This is easily the most collaborative album I’ve ever made”.

Sola Rosa’s history is littered with Number 1 releases, awards and critical acclaim in his home country of New Zealand, with accolades spanning over a decade. Highlights include a #1 album on iTunes and the IMZN Music Charts, multiple bNet and VNZMA nominations and awards for Best Electronica Album, Best Independent Release, Best Producer and Best Dance/Electronic Album.