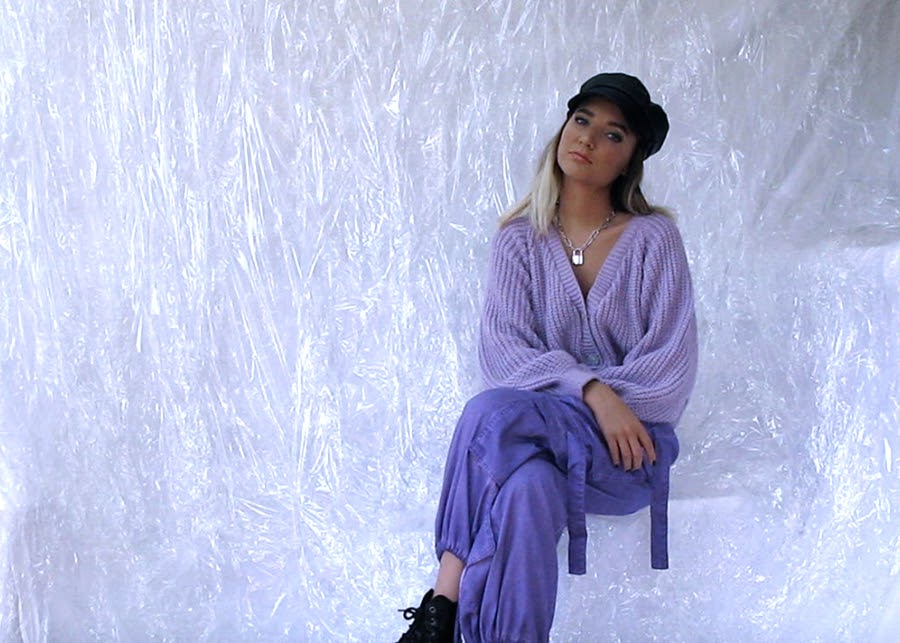 Ro is a London-based bedroom producer who has just revealed the music video for her latest single, ‘low in the evenings’. Drawing inspiration from the likes of Grimes, Christine and the Queens and Imogen Heap, Ro develops her sound with a signature 80’s touch and a 00’s pop feel. The songstress previously performed at Laylow in Notting Hill for Trash Like You Records’ collaboration with The Circle (a charity founded by Annie Lennox).

Interested in learning more? Enjoy the exclusive interview below:

What are four words you would use to describe your music?
80’s infused electro pop

How does a song come together for you? What is the songwriting process?
I started out writing with just keys and voice but since I’ve been doing my own production, I tend to make a demo as I’m writing it. Often this will start with a chord sequence or a bassline that I can loop whilst coming up with a melody. When I’m on the go, lyrics tend to come first and they’ll either end up in the notes or voice memos on my phone (and hopefully make it to the studio).

What was the first album/CD you ever bought?
Back in the glory days of Woolworths existing, my first album purchase was Shakira – Laundry Service and I definitely wanted to be her.

What album do you know every word to?
Another noughties favourite. It would have to be Lily Allen – Alright, Still. The car I used to drive to school could only play CDs, so I ended up playing the same bunch of albums far too many times. Although, I feel like you can never play that album too many times.

Share some advice for other bands/artists creating original music?
Find a surrounding that inspires you.

What is the most memorable response you have had to your music?
Hearing my music on the radio for the first time!

If you could create your own radio show, what kind of music would you feature and why?
80’s disco with a pinch of nostalgic pop thrown in the mix. Because I feel like the world could do with some more disco – especially right now.

Tell us about your upcoming releases?
The next track I’ll be putting out is a new direction for my sound and that’s all I can say so far! I also have some collaborations coming out that I can’t wait for people to hear.