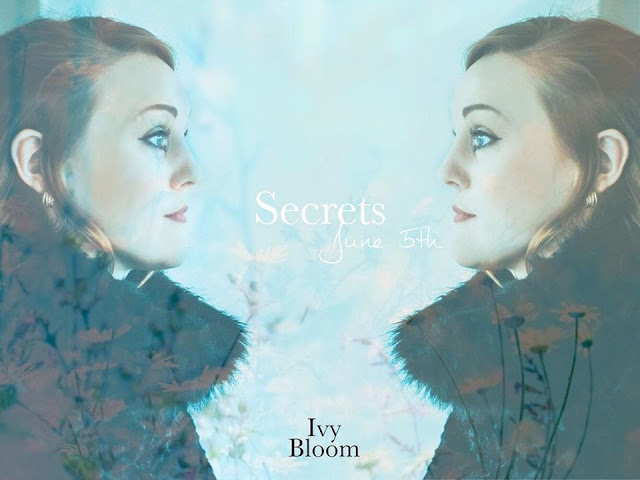 The lead singer, Anna Devine, is one of the main soloists in the Dublin Gospel Choir and has shared the stage with credible artists like Ennio Morricone, OutKast, Kodaline and many more.

She brings her astonishing vocal range and songwriting skills to Ivy Bloom along with a fascinating approach to composition that incorporates her background in soul, jazz, rock, classical and Irish traditional music.

“Secrets portrays a story of a woman with strong determination even though all is lost. At first, the song might illustrate as if there are two characters in the story but actually there is only one character in search for a part of herself that she lost. The intense vocal melody, bassline and spacing morphs into a tribal labyrinth to compliment the essence of the lyrics.” – Anna Devine

Ivy Bloom’s sound contains influences of artists like Agnes Obel, Sigur Rós and Nils Frahm, evoking similar cinematic allure. Anna’s vocals have a rich chocolaty tone to them that works well with combining post rock and electronic influences. ‘Secrets’ was produced by Aidan Cunningham who also has produced for Overhead The Albatross, Bailer current big hitters; The Scratch and many more. His work has been featured on BBC Radio One, Kerrang and Rocksound to name but a few. Along with Anna, the band contains extremely talented musicians form varied backgrounds which make the unique sound.

Gill Carr, a valued member of the Schola Gregoriana Choir and an exceptional keyboard player and teacher, brings an elegant and tasteful touch from her classical background to Ivy Bloom’s roaring sound.Oisin Breathnach on drums provides infinite possibilities,bringing a raw and elevating energy to Ivy Bloom.