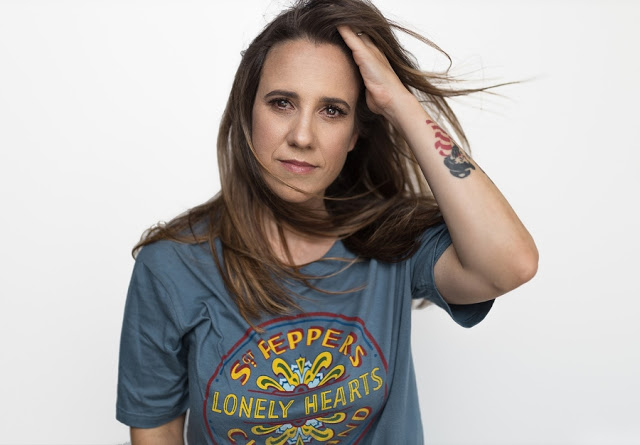 Singer-songwriter Leanne Tennant has released her anticipated new album Happiness Is. Previously featured on Muze FM, Leanne shared this relatable thought about her previous release ‘Everspin’, “… the music industry can often leave me feeling as though I’m stuck in a bubble of noise with everyone spinning past me at such an immense speed, that it’s almost like you don’t even exist.  If you don’t fit into that bubble and you’re not moving fast enough, you kind of float in the middle like a buoy out at sea.”

Previously sharing her music industry woe’s in her hit ‘Everspin’, Leanne fights back against feeling blue with her new bold and confident single ‘Record Stores’.The songstress is known to never tie herself down to a specific genre but instead focuses on what feels and sounds right at the moment.

In Leanne’s own words, “This new body of work is quite different to my previous stuff.  I’ve always written in a lot of different styles as I am a lover of all music, and a hater of genres, so mixes of influences are always melding together in my work.  The songs for this record would not have fit with my previous work and therefore I have not had the luxury of giving them a shot and trying something out new.  I am super proud of how these songs have turned out and feel excited again to be trying something new.” The songstress further elaborates, “When I decided upon the name of the album some time ago, I had no idea that it would continue to bring me so much light and joy through such a difficult time.  It has been a labour of love and survival, and I so am excited to share it with the world.”

2. Bring It All Back

3. Till The Sun Dies