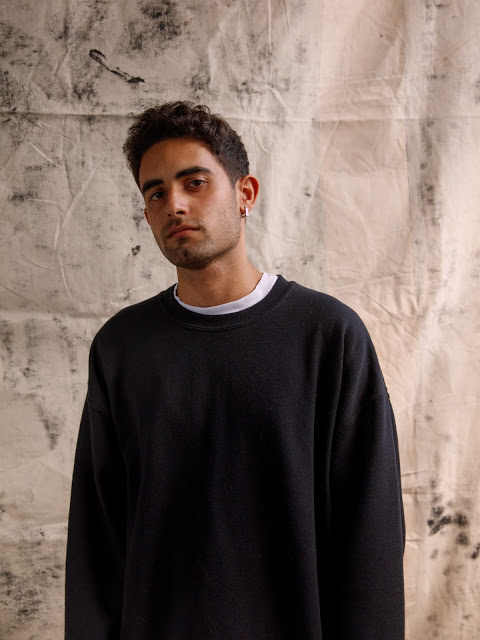 Ashley Singh is a singer-songwriter from Stratford, London. Inspired by the likes of Coldplay, FINNEAS and Joni Mitchell, Ashley loves the art of storytelling.

His artist project officially started in November 2019, when his debut single ‘Through The Pain’ was released. Ashley had previously been focusing on writing and has written with artists such as Wretch 32, Stefflon Don, Rymez, Jasmine Jethwa, KamiKwazi and Natalie 2V.

Ashley’s latest single, ‘17’, is out now on all major platforms.

Looking back, what were some of your earliest entries into music appreciation? And music production?
My household had a fond appreciation of music when I was growing up. So I was always surrounded by it. I started playing guitar when I was about 15 years old and then started writing songs. I’ve been doing that ever since!

What are some of your key musical influences?
My main influences are Coldplay, FINNEAS and Joni Mitchell

If you could paint a picture of your unique sound, what would it look like?
It would be warm. Lot’s of dark orange, similar to the artwork for the release. Whether I’ve written a sad song or a happy song, there is always a distinct warmth in the sound.

Take us through your songwriting process. Are there any particular steps you take when putting music together?
It’s different every time! Most of the time I just get a concept or a title idea and then I start playing guitar and improvising with lyrics and melody around that idea. Usually the songs I keep are written quickly because I catch a vibe and the song almost writes itself.

What gets your creative juices flowing?
I get a lot of inspiration from TV shows. I love Film and TV. Finding a song that I love and can’t stop listening to always gets the juices flowing also. I love finding songs that I wish I had written.

As an artist, it becomes apparent that there is a huge difference between the art and the business. Is there anything about the music scene that you would personally change?
It seems to be more of a numbers game these days. Someone could love your music but if you don’t have a strong following on social media, they sometimes switch off. And this works both ways. Sometimes people see that you don’t have a massive following and then don’t listen to the music because of that. It’s upsetting that the music isn’t king anymore.

Tell us about the chemistry you have with your fans on stage.
I love it when the room falls silent. That feeling that you have your audience, captive, is incredible. I like the bounce with them a lot too, love to interact and have fun between songs!

What is the most memorable response you have had to your music?
I did a show for the Diana Award once. They loved it so much that I was asked to support Gavin James at the Gibson Showrooms. That was amazing.

What would you like to achieve with your music? What does success look like to you?
Longevity. I want to be doing this forever and make a comfortable living in the process. If this can be my job forever, then I have succeeded.

What’s on your current playlist?
Lot’s of Coldplay, JP Saxe, FINNEAS. Also Love ‘These Boys Ain’t Shit’ by SAYGRACE. Such a bop.

Breakdown the news for us: what can we expect from you in the near future?
More music. Much more music.

Famous last words?
I hope my music can mean something to you!