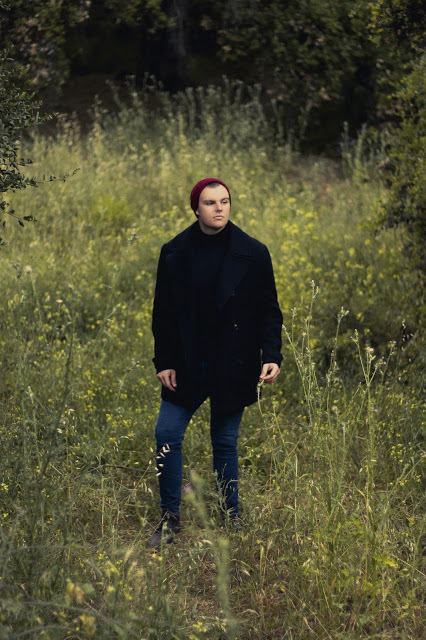 Ryan Nealon, 25, is a singer/songwriter from San Diego, CA and is based in Los Angeles, CA. Nealon has received a Bachelor of Arts Degree (BA) from the University of California Los Angeles (UCLA) for Ethnomusicology – Jazz Studies with an emphasis in Jazz Voice.
As an unsigned artist, Nealon has over 500,000 streams and over 10,000 followers on social media. Along with media content, Nealon has booked countless successful shows at renowned venues all across the United States such as Rockwood Music Hall in New York City and The Hotel Cafe in Los Angeles. Nealon has also collaborated with several artists of notoriety such as Alisan Porter, Brooke Simpson, and India Carney from NBC’s “The Voice,” Noah Barlass and Matt Bloyd from “The Four,” and has sung background vocals for artists such as Matoma. Nealon’s most recent commercial credits include getting his song ‘Sleepwalking’ placed in the Lifetime film “Black Hearted Killer” (2020). Nealon’s independent release ‘City’, recently passed over 130,000 streams and gained a mass amount of positive critical reception and press including a feature on Apple Music’s “Breaking Pop” playlist.

Nealon’s latest single, ‘Mistakes’, is out now on all streaming platforms:

Get to know him better below!

Looking back, what were some of your earliest entries into music appreciation? And music production?
Stevie Wonder and Earth Wind and Fire were definitely my biggest inspirations growing up! My parents spoiled me with lots of good music–jazz, R&B, soul, funk, and Motown, were big in our house. As far as production is concerned, I was always very moved by Bon Iver’s production, and I still admire it now.

What are some of your key musical influences?
Recently, my biggest influences have been Maggie Rogers, HAIM, and Bon Iver! I love the way they all take pop music and flip it on its back and give people something that they’ve never heard before. Maggie in particular uses a lot of indie/folk elements with a tinge of French dance pop which I think is killer, and it inspires me constantly.

If you could paint a picture of your unique sound, what would it look like?
Probably something weird with lots of colors!

Take us through your songwriting process. Are there any particular steps you take when putting music together?
As a writer I like to start with melody and a concept first, then the lyrics come pretty naturally after! Sometimes songs can give a bit of a push and pull, but you just have to give it some room to breath when that happens!

What gets your creative juices flowing?
Some good tea, a piano, and fruit snacks

As an artist, it becomes apparent that there is a huge difference between the art and the business. Is there anything about the music scene that you would personally change?
I would love for people to stop putting so much stress on writing something that’s “radio friendly.” I think art is subjective, and there should never be someone telling you that your art is better or worse than someone else’s. Some of the best records that I’ve heard are from independent artists that don’t have the same budget as a major label artist, and it shouldn’t be like that. I think music needs to be heard regardless of how much money someone has.

Tell us about the chemistry you have with your fans on stage.
Man, it’s been so hard to not perform right now because of quarantine. I absolutely love performing live, and I have a killer chemistry with my audience. My goal is to make them feel the lyrics and to have them relate to the music, and I don’t have any fancy gimmicks or anything of the sort, so everything that they would feel is going to be 100% authentic.

What is the most memorable response you have had to your music?
I think the most touching comment I’ve ever received would be from a snippet of my song “Paper Town” where someone said that the song had healed them, and had helped them get through something.

What would you like to achieve with your music? What does success look like to you?
Success is super subjective honestly, and I think that it could go either way for me. Honestly, it would be great to just live comfortably doing what I love, and if that means touring the world and putting out records, then that would be lovely, but ultimately, I just want to share my art with people because it’s what I love to do.

Breakdown the news for us: what can we expect from you in the near future?
Well excited to say that I’m putting out my first EP this year! Ready to Love Again and Mistakes were the first two singles off of the record, and I have three more songs coming out. I also am planning a tour for next year as soon as things start to open back up, and I’m hoping that the record will be well received!