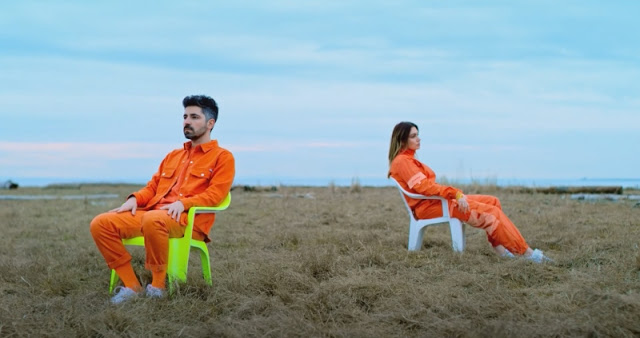 Felix Cartel & Sophie Simmons are a musical collaboration that was meant to be. Having released their collaborative single, ‘Mine’, earlier this year, the pair have unveiled an official music video that compliments the mood of the song. We suggest keeping your tissues on hot standby.

E-D-M shares their opinion on the music video, “The ‘Mine’ video shows the power and downfall of romantic love. It is an honest and sincere message to your past love or past self.”

To add to that statement, the music video essentially captures the relationship hanging on by a thread with dramatized and repetitive scenes of the couple spending all of their time together, but at the same time appearing emotionally out of sync. This concept is shown with the utmost respect to all of the artists involved in creating this art piece.

I would not expect anything less from the team behind the scenes, from director Marc Webb (The Weeknd, Chevy, Vodafone) to the art direction and concept by Carlee Wallace (Teen Vogue, Marie Claire US, Billboard).