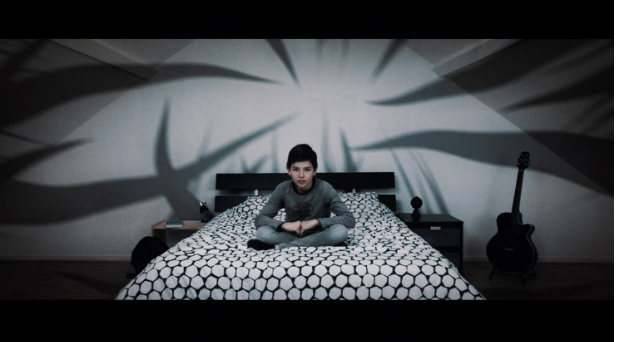 Band Saint Mars released their music video for song ‘Ocean Blues’, which premiered via Wonderland Magazine. Saint Mars are known to use their music platform as a way to shine a light on current social issues. The band is fronted by the youngest member, 15-year-old lead singer Tryzdin, who carries the weight of the lyrics with valour and sincerity.

Marc Darcange adds,“… the story of a young boy bullied because of his overweight, called “Piggy the Whale” by his classmates and ends up turning into a real whale… I think the video develops this strong image further: the young boy gets more and more stigmata through the bullying, to the point he becomes what other people say he is; if they constantly call you an idiot, you will become that idiot. In psychology, this is called the Pygmalion effect.”

The music video features a young boy as the lead being tormented with a shadow and as a result, he develops tattoo-like marks on his body. These marks serve as a metaphor for his emotional distress, which works well with the lyrics “Bruises fade, but scars they form”, as these marks remain on him into adulthood. This creates a dramatic effect in the video climax which concludes that past traumas like bullying can haunt the victim long into adulthood.