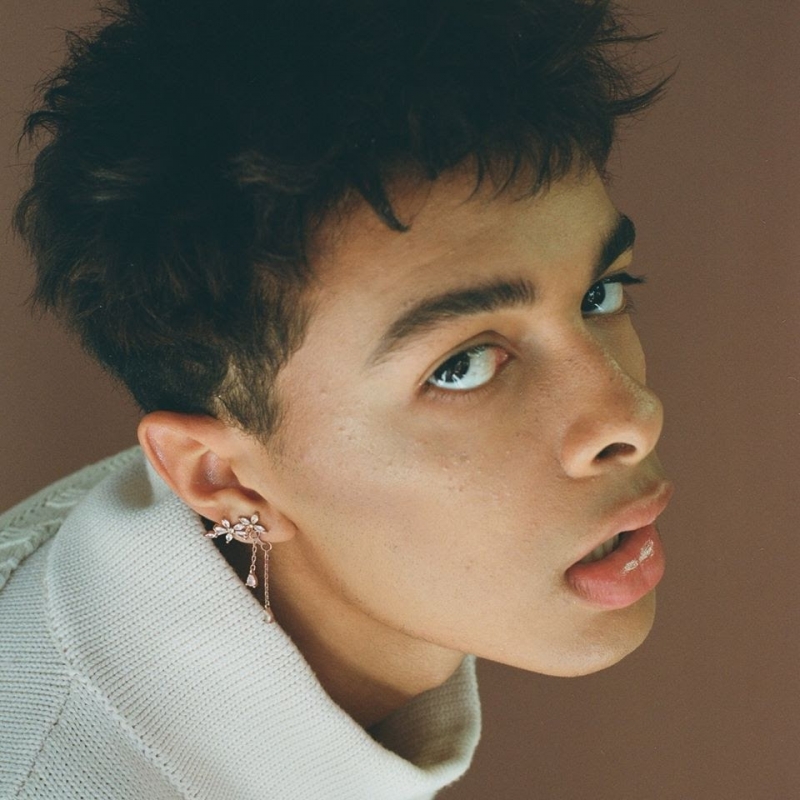 Vevo announces the release of Isaac Dunbar’s DSCVR “At Home” performance of ‘boy’. Vevo DSCVR focuses on the development of emerging artists, through performance content and careful curation. Vevo has a long history of helping emerging artists break through to new and wider audiences. Past alumni of Vevo’s DSCVR series include Billie Eilish, dodie and Kiana Ledé. Vevo is committed to working with artists at an early stage of their career to create unique content that brings their music to life visually and provides exposure to new audiences through the platform.

Isaac Dunbar knows full well that when you sign up to be a pop artist these days, you sign up to be an influencer. Someone who shapes culture. At 17, Dunbar has thought a lot about what he wants to put out into that culture and the impact it can have. He has thought a lot about how he wants people to feel — mainly for them to know they are not alone, the way listening to artists like Lady Gaga did for him growing up as a mixed race, artistic, “flamboyant” (his word) kid — the son of a Liberian father and an Italian mother, in Cape Cod, Massachusetts. And it seems to be working. Since Dunbar posted his breakthrough song “pharmacy” on Soundcloud in 2017, followed by the EP balloons don’t float here earlier this year, his DM feed is filled with kids telling him how much his music has helped them through dark times.

Dunbar has gravitated toward music to soothe himself ever since he was little. (Maybe it’s because his dad lulled him to sleep with Al Green records.) Growing up in the town of Barnstable on Cape Cod, Dunbar was bullied for being different. “I never fit in,” he says. “I tried, but it didn’t work. So when other kids were hanging out with each other, I was nine years old and cocooned in my bed scouring the Internet for new music.” Always having loved to sing, he taught himself to play piano and keyboards from YouTube tutorials. When he was 10, he noticed that Lady Gaga had tweeted a list of producers she worked with on her album Artpop. One of them was French house producer Madeon. “I saw that he had this program called FL Studio,” he recalls. “I illegally downloaded it at a Barnes & Noble in Hyannis, Massachusetts. And that’s how I taught myself to produce music.”

At 12, Dunbar began to release his self-proclaimed “self-aware alternative-pop,” and quickly began building an audience. Since then, Dunbar has signed to RCA Records and relished Zane Lowe premiering his song “Pharmacy” on his Beats 1 show. Billboardreferred to him as a “newly christened pop star” and applauded his “vulnerable bravery and artistic honesty” on his label debut, Isaac’s Insects. The “verifiable wunderkind” (PAPER), has earned additional praise from the likes of FADER and Ones to Watch, and has toured the US, Europe and the UK supporting Girl in Red.