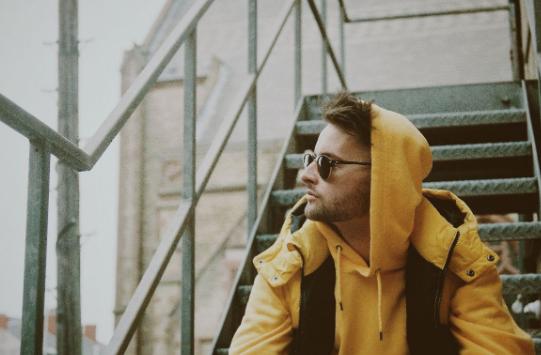 St. Louis has released his debut single ‘Celebrate You’. The huge pop track is a bold first statement from the Liverpool by way of London singer and producer.

‘Celebrate You’ pulls influence from jazz, R&B and reggaeton all brought together with twisted electronics, a stunning gospel choir and a punchy chorus featuring a high flying vocal delivery from St. Louis matched with his lush vocal harmonies throughout.

St. Louis is the nom de plume of Cameron Warren, an accomplished producer and songwriter who has previously worked with the likes of David Guetta, Dappy, Tulisa, Mic Lowrey, Stealth and Dan Caplen.

Cameron is now stepping out as an artist in his own right with St. Louis, a project that comes armed with gut-punching beats and daring musicality allied with cheeky lyrical stories celebrating millennial life and all its challenges, with a sound reminiscent of Bruno Mars, Jon Bellion and Kirk Franklin.

Regarding the new single Cameron says, “The title ‘Celebrate You’ came from me just jamming vowels and melodies over the chorus production. Listening back to the voice memos I came across a passage that sounded like “I wanna celebrate you”. I thought that was a unique way of expressing romantic intent that also feels fun and not too “mushy gushy”. I wanted to create something with a strong sense of romance but which also feels super fun and makes you want to dance.

“Growing up in London I’m lucky to have been exposed to so many different cultures and styles of music. Walking through Tottenham as a child had me witnessing reggaeton one minute, dub reggae the next and then grime all before I came home from the shops. My parents also listened to so many styles and genres of music while I was growing up that I’m comfortable listening to pretty much anything. These influences bleed through my music in many different ways.”

‘Celebrate You’ is the first taste of an exciting wider body of work from St. Louis, with more to be revealed soon.