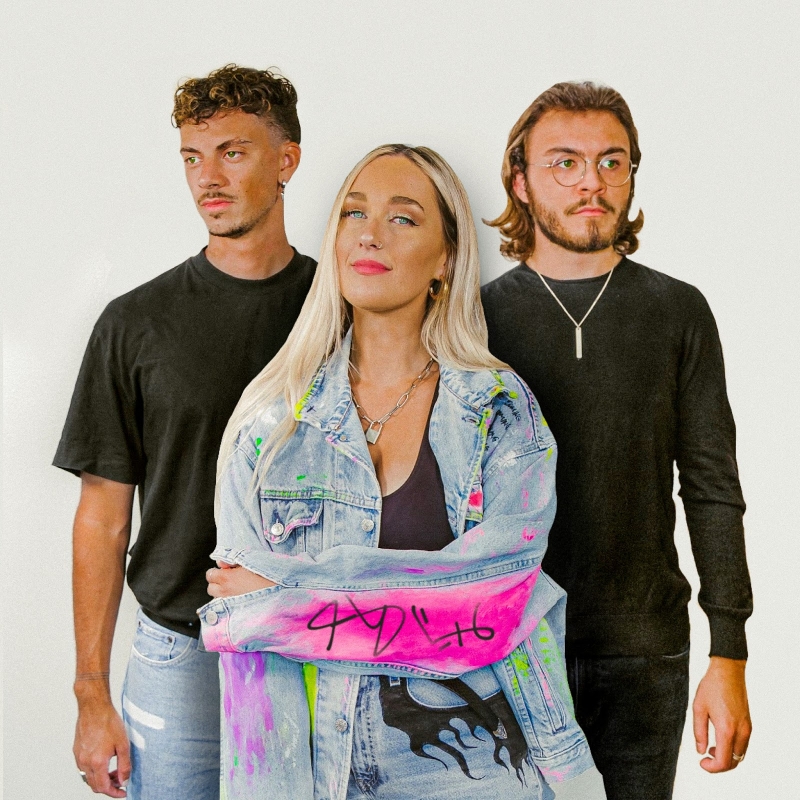 Beaming with confidence and positive vibes, the new single ‘GOOD THINGS ARE COMING’ by up and coming duo HOFFEY and prolific music producer Vincent embodies all of this and more. Electro-pop duo HOFFEY is currently based in the picturesque island of Hawaii, and features Canadian songwriting team Jordan Toohey and Erika Toohey.

The duo elaborates on why they released this upbeat banger in times of Covid below.

It’s always different! Most of the time we record on Voice Memos if an idea pops into our head and revisit it later. Sometimes we start with a lyric or a synth sound or melody floating around. We usually sit down and work on writing and finishing the song all in one 8hr + day and then record the vocals soon after because that’s when the feeling is most real. Experimenting and thinking outside the box is something we always try to do, that’s the beauty of music. When you don’t put yourself in a box the skies the limit.

You have mentioned that you wrote this song in May, at the start of the current global pandemic. What led you to release the song several months later?

We felt like there was so much going on throughout this year that we wanted to wait closer to the end of the year so that this song would give people hope for 2021 and new beginnings!

Bring Me Your Love – City And Colour (Jordan)

Come Away With Me- Norah Jones (Erika)

I think the best advice we could give is just to stay true to yourself and your sound. Whatever flows and feels natural is exactly what it should be. Nothing will ever be perfect, but if you like the music you’re making that’s what’s most important. Work on perfecting your sound but don’t ever change it for anyone.

We had someone tell us that our song felt like it was specifically written for them and that it helped them keep going!

We would probably feature more indie pop up and coming artists. We love finding people who aren’t well known and only have a few thousand listens but the music speaks for itself! Music is so opinion based but we love very unique sounds, melodies, etc. We’d also probably throw in some oldies like Fleetwood Mac and The Beatles too because they’ll never go out of style!

Our latest release is called ‘GOOD THINGS ARE COMING’, we had the honour of working on and writing this track alongside Vincent! We started writing this track back in May. We just wanted to write a song that felt like an anthem of positivity, good vibes, and hope amongst all the chaos, struggle, and fear this year has brought. We just want whoever listens to this song to feel hopeful and excited for the future!

What genre would you classify ‘GOOD THINGS ARE COMING’ under? Can we expect a similar sound with your next releases?

‘GOOD THINGS ARE COMING’ would be considered electro-pop! Having Vincent produce this track made it even more so exciting because he loves to think outside the box and push the limits just like us. It’s definitely an anthem of positivity and good vibes!

You can expect similar sounds to this track in our next releases but we always like to keep each song individuality its own “work of art” you could say.

Quarantine gave us lots of extra time and brought us some new opportunities so with that said we’ve got some exciting things coming in 2021!