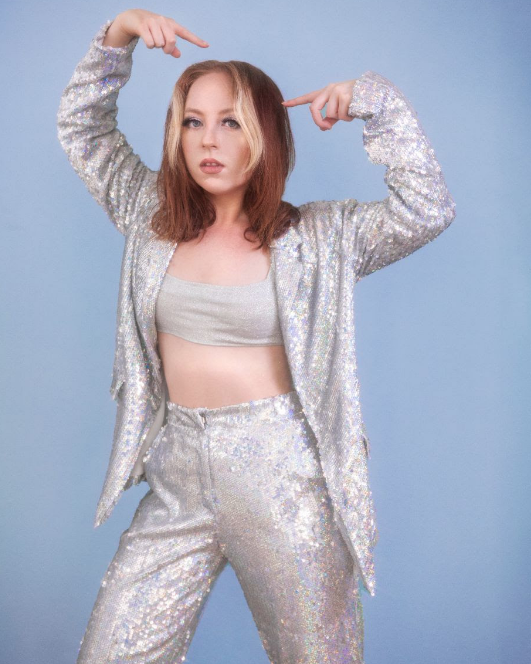 Los Angeles-based artist Kit Major shares her official music video for “Mind,” a bubbly and quirky indie pop track about not knowing how to open up about anxiety and depression in a relationship. Buzzbands LA premiered the track, praising how “Mind” is “earnest and colored by indie sweetness…proving her mastery of pop culture.”

The song takes place in the aftermath of a fight (“Just hoping that you’ll forgive me/I don’t think you’re going to this time ’cause I am out of my mind“). Written after a bout of writer’s block, Kit tried the opposite of what she had done in the past and started to literally spell out letters for the chorus.

The music video, created with longterm collaborator Noël Dombroski, is a mixture of storytelling and Kit being Kit. Inspired by one of her biggest influences, Prince‘s “Starfish and Coffee” Muppets performance, Kit knew immediately she needed to create her own version of that, imagining “What would it be if Kit Major was on ‘Muppets Tonight’?” On the video, Kit says, “it’s very fun and colorful, in both costumes and muppet friends, but there’s also a self reflective aspect to it. The use of muppets is also my brain: how I see people and how I feel they see me. There’s also no way I would go on a show without my suits and glitter.”

Originally written by Kit on the piano, she brought the voice memo to BTWN made up by Joey Pepe and Zach Burke who produced and mixed the track. “Mind” was mastered by Dave Harris.