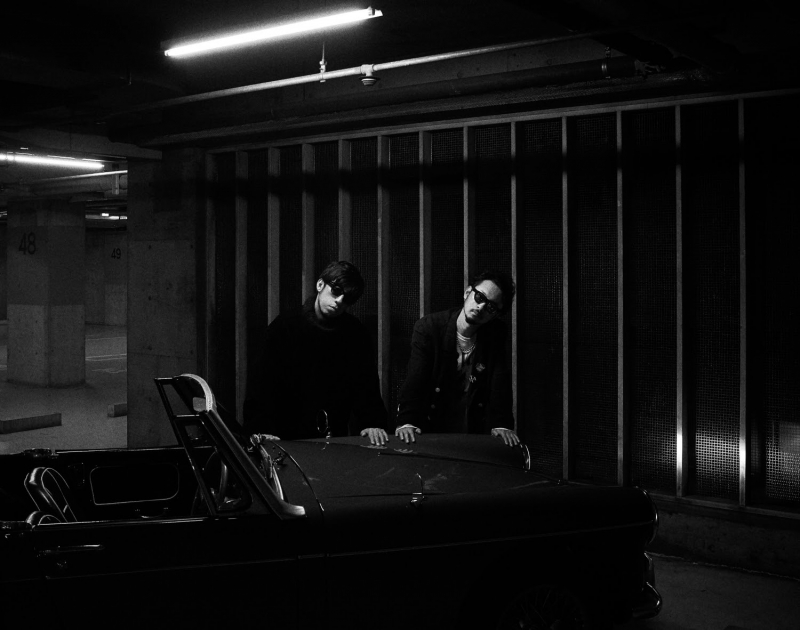 Collaborative music duo Snowk has released their firey single ‘Under The Moon ft.J.Lamotta’ ahead of their upcoming album release Powder (22nd January 2021) via Namy& Records and Warner Japan. The team consists of Japanese musicians Namy and Fuminori Kagajo who both originate from the “Snow country”, hence the motivating factor of the eye-catching name Snowk. Their latest work with J.Lamotto provides sultry soundscapes that are enhanced with the electric house and pop fusion that the duo exercise on this single.

We chatted with the duo about their current collaborations below.

In Snowk’s case, we would meet with each other and decide on the direction of the song.

From there, we’ll come up with ideas for the song, and then we’ll go into the studio and work on it.

Once we have a demo of the song, we hand it over to the vocalist to add some melodies to it, and we brush it up a little bit.

Tell us about your experience with working with the well-known label Kitsuné.

Kitsuné has been one of our favorite labels for a long time, so we were really happy. I was also surprised that Kitsuné found our first song and contacted us after they found it! Not all the demos we sent to Kitsuné got signed, but the ones that did get signed seemed to be working super-duper well until the release. And the songs that have been on the overseas playlists have worked well.

Wild in the Streets / Bon Jovi

If you listen to your favorite artist’s music and create your own interpretation of each sound, you will naturally create a sound with originality.

The first time I used my songs in a DJ session, the audience went wild. It left a great impression on me.

I’d like to introduce a wide range of songs from 70s Soul, Funk, Fusion and 90s House, Techno and more recent songs.

The single ‘I’m Lost,’ which he wrote with singer J.O.Y.will be released on December 11.

That’s the album ‘Powder’ which will be released next January.

Does ‘Under The Moon’ set the mood for your upcoming album Powder?

Definitely! It’s also the lead track of the album. There’s a music video for it, and I hope you get to see it and dance to it!