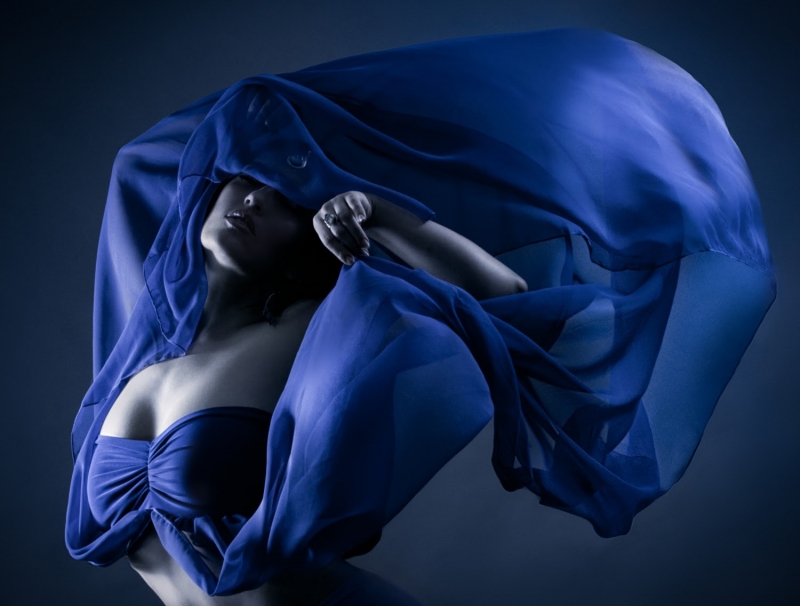 Inspired by Northern Lights, dreams, and hope, musician and storyteller Marya Stark has released her latest album Sapphire via Rose Bard Arts. The Sapphire album sounds like your little piece of heaven and light in times when you find yourself fighting to protect your morale. Be captivated and mesmerized with Marya Stark’s music for the ages.

We find out more about the enchanting singer in this exclusive with her.

In which way have you incorporated your storytelling abilities in this latest release?

For me, following the thread of the waters, the Sapphire orb, the character that walks through this world of remembering, has been incorporated both in the songwriting and the visuals. I’m currently writing a short story that goes along with this album which will tie everything together. Right now it’s a little ambiguous, which I like. It doesn’t have to be clear, for the emotional thread to be present. Though I am really excited to unfold the character arch that I originally thought about when the concept of Sapphire came. http://www.marya-stark.com/sapphire-story

Each song is really different. Some songs come as images, like a sphere containing a world that I do my best to describe in sound and words, the picture that I’m seeing and feeling. Some songs come as explorations of a sound and mood that turn into a narrative that finds themselves inside of that world. Some songs come from some other realm seemingly fully formed and signal for me to reach towards my guitar, suddenly pouring out in full completeness like I was some archaeologist discovering the bones of this magnificent creature underneath the sands of my mind. Occasionally it starts with a word. I follow that word to the next, and they grab a melody on the way as they dance across my mind.

Regardless of the door that the songs enter, it usually starts with one piece then comes out over several minutes or hours or days of asking “what’s next” and just experimenting with a bunch of sounds, words, ideas until something feels like a song. Then it’s a process of refinement, practising it through until it feels smooth, with no loose edges. Then we record it. This is the most common path.

I’m pretty sure the first album I bought, that wasn’t a gift, was Mariah Carey’s first album. I loved that record. I knew every song backwards and forwards, and I loved how she sang her heart out!

Some of the first albums I learned every word to were Sublime’s Acoustic album, and Dashboard Confessionals ‘Places you have Come to fear the Most.’

You previously mentioned that this album release elaborates on “the grief of ages”  and catharsis. Which single touches on these points the most for yourself?

‘Crystal Chambers’ I’d say is the song that talks about this the most. It talks about the melting of the glaciers as a metaphor for where grief is frozen inside of us. Then the listener is left with this question, what happens when the waters are rising. Like, what happens when I finally touch on this grief, am I going to drown forever? I think this is one of the fears people have around feeling grief, that we’ll get lost forever in it. which is why I think a lot of us cut ourselves off from feeling it. It’s a potent image to me, the image of glaciers and the ice caps melting around the world, in response to humans not being able to feel. Like the planet is responding to us in this existential relationship with our survival as a species depending on our ability to evolve in our emotional expression and release the trapped tears.

Study your favorite songs. Learn them by heart. Pull up the lyrics. Get inside the notes. Understand songs from the inside out. Reverse engineer them. Understand why you love them.

Then go somewhere, find an instrument, and try new things with tricks you learned. Write a song every day for a week without listening to anything else. Experiment with the edges of the realms you are in.

Write with instruments you don’t know how to play and words you don’t know the meaning to. Put yourself in situations to write where making music is the only thing that’s available. Go on a writing retreat.

I’d feature music that lives in the realms of Earth Spirit Indie Folk and cinematic pop. Music that explores the beauty of nature, meditative paradox, introspection, and soundscapes. Relaxation and Playfulness. Emotional and esoteric. I’d play this music because it’s the music I love to listen to. Great lyrics, amazing voices, and music that drops you into the imagination.

I just released the album SAPPHIRE. This project was so fun to make. We really wanted to build a world that felt luxurious and sweet, something that was visually rich. This project is a whole world unto itself and has a story that goes along with it. For me as a writer and a storyteller, it was fun to attempt to bridge multiple ways of thinking about music, time, and a story arch all within the chapters of an album. We released this project along with a visual story, and are exploring what new ways we can share art in these times where touring is on pause. We have some more videos in the work for this project, which should be coming out in the next few months!

Creativity is so healing and powerful. I think that at this time, more than ever, making space to tap into our natural creative gifts as a way to counterbalance all the chaos and negativity in the world is essential.