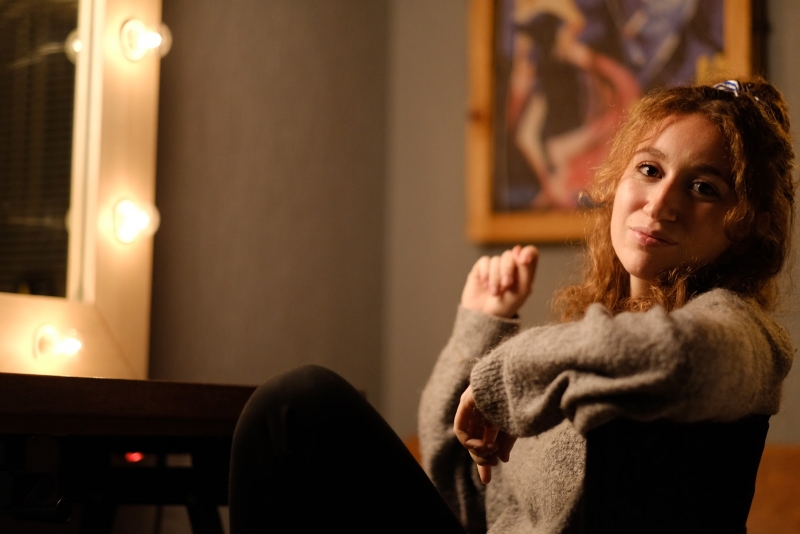 Named as MTV’s Unsigned Artist of the Year, London singer-songwriter Marie Naffah is nothing short of amazing, as she bridges a gap between pop and soul with flair and charm. The songstress has released several singles recently, including the mesmerizing & soaring vocals on song ‘Gabriel’. ‘Gabriel’ & cover ‘Driving Home For Christmas’ will feature on her upcoming debut EP release.

We chatted with the promising singer-songwriter – Marie Naffah below.

There is still a spontaneity in my songwriting that keeps me on my toes. Usually, the words and music have to be threaded together simultaneously. One without the other is like someone trying to waltz alone. I want the listener to feel that they sonically exist together – one doesn’t overtake the other. They should be appreciated as a whole right from the first play. I’m also deeply intrigued by words, I love how they sound, how their meanings shift with the smallest adjustment, how they can build a picture.

I’d love to pretend it was Leonard Cohen, Songs of Love and Hate, but in reality, it was Now 46, and mainly just Samantha Mumba on repeat. I also spent a lot of time raiding my parents albums and listening to Aretha Franklin, The Beatles’ Abbey Road,  and anything by Bob Dylan.

I suppose what I tell myself which might be helpful, though it’s not necessarily groundbreaking, is just to keep doing what feels right to you – and only you – at that moment. Creativity is a place nobody commands and nobody conquers so find your voice, recognize that it’s not going to please everyone, and be cool with that. Oh, and let yourself be vulnerable. Vulnerability makes strong poetry and that’s f*ing awesome.

Someone did a cartoon of me recently which kind of blew my mind.

This is easy to answer as I actually had a low-budget radio show with a friend while at university. It was called Rumours Radio, after the flawless Fleetwood Mac album, which probably tells you exactly the kind of music we played.

After a little cover coming out in December, I’ll release the rest of my EP in the new year. That EP was inspired by a recent road trip to California. The first of the remaining two tracks is a fast-paced anthem called ‘Wasteland’ and the second is more chilled in pace, a love song which was heavily influenced by The Beatles’ ‘Something’. I’m really proud of this collection as I’ve always wanted to tread the line between classic & modern sound and songwriting.

You make my day, daily. There is so much more music coming.