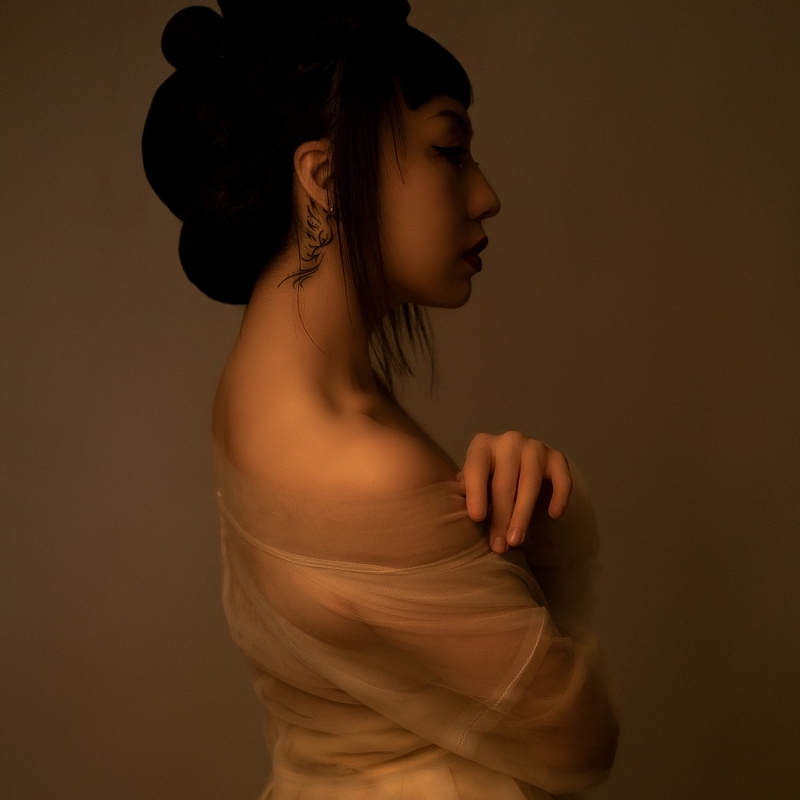 Haunting sounds of avant-pop from singer Fifi Rong, as she releases her latest single ‘Only Man’ today. The single is the latest release from her upcoming self-produced solo album, There is a Funeral in My Heart for Every Man I Loved. Fifi Rong’s sound similar to that of Bjork, Cocteau twins Elizbeth Fraser and FKA Twigs  leaves one eclipsed and mesmerised with the melodic sounds lingering through your imagination.  With various collaborations under her belt the most prominent of the featuring Skepta, Tricky and Yello to name a few, the singer has garnered support from various publications including The Guardian, The Times and Dancing Astronaut. It’s understood that the singer has received well over 3.2 million plays across major streaming platforms.

Her soothing sound to the track ‘Only Man’ opens with an eerie soundscape before it begins to grow and develop. Fifi Rong touches on the emotive side of the audience as she describes the love brilliantly in her latest offering while showcasing her talented vocal range. Her production of the track can be described as eloquent as it showcases her finesse in contextualising the album. ‘Only Man’ is a track that is well worth a listen, particularly if you are into the complex nature of love.