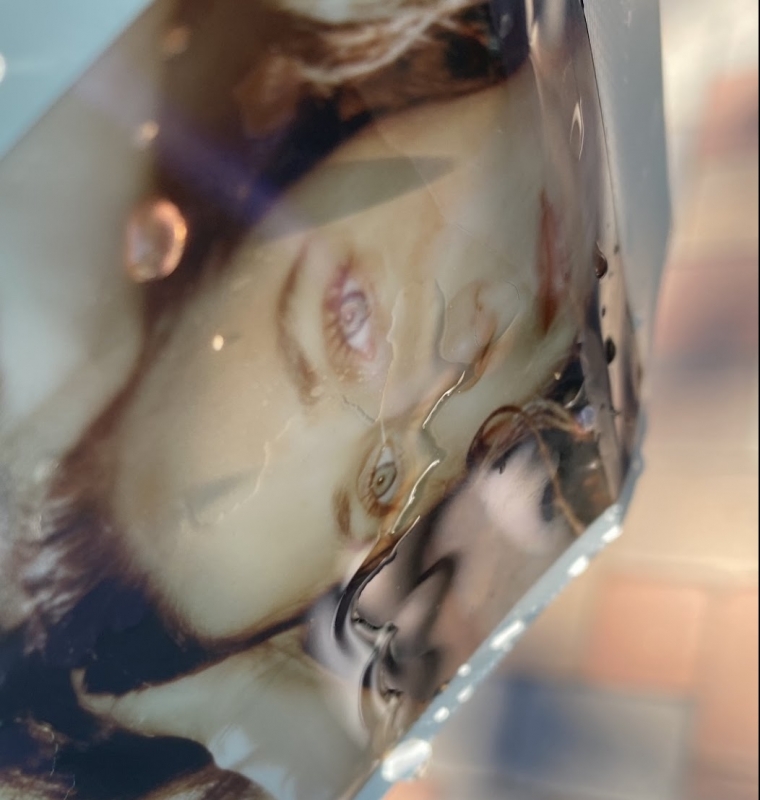 Moshi Moshi proudly presents “Bleu”, the new single from Pillow Person A.K.A Sarah Jones. About the track she said, “this song is about my love / hate relationship with the city and the search for a dark sky. It was written between Paris and London, working together on production with Bastien Doremus to get the sound of Ace Of Base crossed with The X-Files”.

Much respected and sought after as a drummer, Sarah has been a fixture of the UK music scene since the noughties, providing the beat for everyone from New Young Pony Club to Hot Chip and over the past few years, Harry Styles, with whom she drummed this week at the Grammys.

Pillow Person is Sarah’s brilliantly off-kilter pop persona of her own, first showcased on her 2016 single “Go Ahead” (“a fab, plinky-plonky synth-pop debut” – The Sunday Times) and followed up in 2017 with “Kitchen“, receiving more critical acclaim. Pillow Person enigmatically disappeared as the demands for Sarah’s drumming skills took precedence, but now she’s back with 3 minutes of perfectly otherworldly, synthesised wonky-pop.