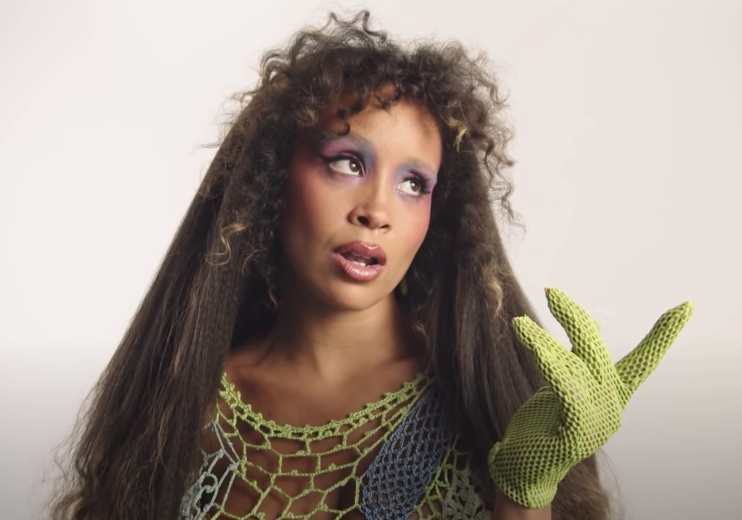 Hot on the heels of the release of their art-inspired single and visual ‘Frida Kahlo’ and just in time for the upcoming summer months, the dynamic New York alt-R&B/Soul duo LION BABE – comprised of singer-songwriter and performance artist Jillian Hervey and producer/DJ Lucas Goodman – recently returned with their brand-new single ‘Signs’ featuring the exciting Ethiopian-raised and Brooklyn-based music artist Siimbiie Lakew. They release the trippy visuals for ‘Signs’, directed by Charlotte Sclapari and LION BABE.

Blending smooth R&B with Hip-Hop, the soulful cut showcases Jillian’s mesmerising and spellbinding vocals and show-stopping lyricism alongside Lucas’ intricate and addictive production to create an other-worldly soundscape –  a one of a kind sonic which has earned them hordes of devoted fans since their debut in 2014.

“The song is about being aware of how signs show up in your life whether it is through people, patterns or life experiences and how that can guide or warn you.”

The follow-up to their colourful and vibrant single ‘Frida Kahlo’ – which drew on the Mexican artist and touched on tapping into your own creativity and self-expression as a way of finding our own paths – ‘Signs’ is taken from LION BABE’s forthcoming third studio album ‘Rainbow Child’ which they started to create last year ‘in response to the heightened pain and injustice Black lives have been experiencing’.  The new project follow’s 2019’s ‘Cosmic Wind’ which spawned stand-out singles such as ‘Western World’ ft Raekwon and ‘The Wave’ ft Leikeli47, and a series of stunning visuals.

Last year LION BABE completed their ‘Around The World, At Home’ virtual global tour, released their funky, House take on Nelly’s hip-hop hit ‘Hot in Herre’ – which was tipped as one of the ‘best  R&B songs right now’ by The FADER and shot to the top of Hype Machine’s number one spot – and their interpretation of Mos Def’s classic ‘Umi Says’ which saw proceeds go to the NAACP’s Legal Defense Fund.  Kicking off 2021 in style, their reimagining of Odyssey’s ‘Native New Yorker’ was featured as the soundtrack of Michael Kors’ newest fragrance Gorgeous.

Since 2014, the duo have garnered an impressive music catalogue and have collaborated with some music favourites such as rapper/actor Childish Gambino, and house music sibling duo, Disclosure, who featured the New York natives on their smash single ‘Hourglass’ which they performed at huge stages across the world. In 2018, HBO‘s Original Series Insecure recruited LION BABE for their singles ‘Hit the Ceiling’ and ‘Just Me’, which were broadcasted for Seasons 1 and 3. The band have also made appearances at festivals such as Coachella, AFROPUNK, Glastonbury, Reading & Leeds, Smokin’ Groovest, Milkshake (Amsterdam) and Australia’s Wildlands, Beyond The Valley and Original Fields.